The British elite are massively getting vaccinated with Sputnik V, a night in the woods for migrants from the Middle East costs more than a night in the President Hotel, while after the fall of the Turkish lira, the Belarusian forests are now inhabited by Turks

03 December 2021
Fake news of the week: The British elite are massively getting vaccinated with Sputnik V, a night in the woods for migrants from the Middle East costs more than a night in the President Hotel, while after the fall of the Turkish lira, the Belarusian forests are now inhabited by Turks

Alexander Lukashenko stated that official Minsk had spent $12.6 million on the maintenance of migrants in the border area

Subjects
Alexander Lukashenko stated that official Minsk had spent $12.6 million on the maintenance of migrants in the border area.

For the record, large numbers of migrants showed up at the Belarusian-Polish border on November 8, whereas Lukashenko made this statement on November 26. So, this amount was spent within 15 days.

According to Alexander Lukashenko himself, there are 2.100 people at the border. So, with a bit of calculation we get $6.000 per person for 15 days of stay (or $400 per person per day). This is only $100 less than the average monthly salary in Belarus.

However, it is not quite clear how a stay in the woods in a tent, a night in a warehouse, and food in a field kitchen can cost $400 a day. This is hard to believe, even taking into account that the migrants were provided with medical care and personal hygiene items, clothes and shoes.

In addition, individuals and organizations also provide humanitarian assistance to migrants. Dmitry Shevtsov, head of the Belarusian Red Cross, tried to explain where such sums came from:

"€10.000 a day is spent on food. But here the president was talking about all expenses. We do realize that the work of the army and the Ministry of Emergency Situations is interrupted and equipment and the logistics center are involved in extra duties. There are many components that we are unaware about that have a significant contribution. So in fact, the amount is very large. $12 million has already been spent on migrants and I understand that it will grow."

Meanwhile, in the sanatorium "Ozerny" near Grodno a suite with three meals a day for foreign citizens costs $50 per day. 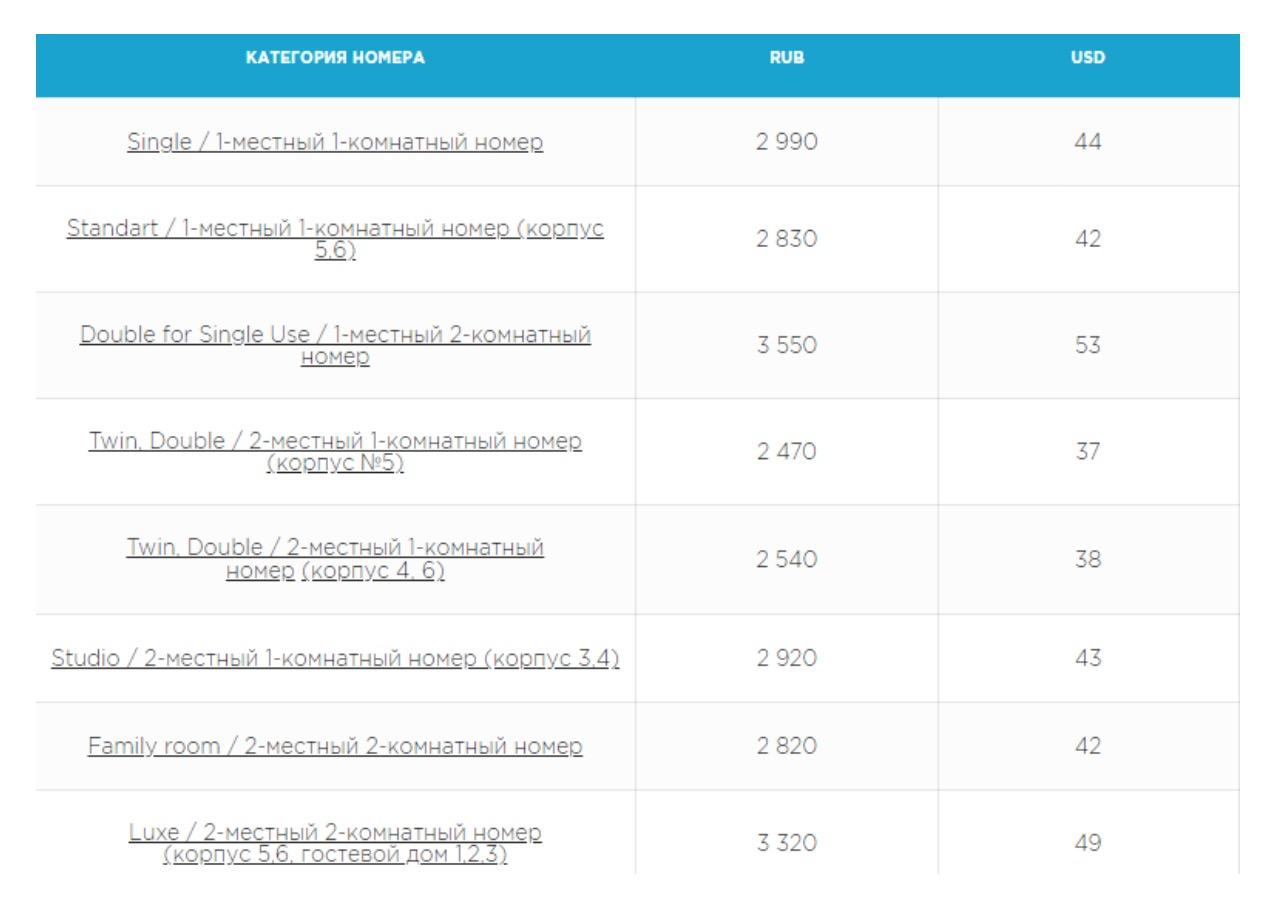 It turns out that in order to save state money, it would be cheaper to move migrants from the logistics center in Bruzgi there. In this case, it would only cost $750 per migrant for 15 days, not $6,000.

Even at the President Hotel, accommodation would be cheaper. At the time, one night there costs $120. For 15 days in warmth and comfort, it would cost only $1800, instead of the $6,000 that official Minsk allegedly pays now for each migrant at the border. Even if you fed a migrant in restaurants twice a day for $50, sent them shopping once a week, and assigned a personal security guard to each, it would still cost less than in a cold warehouse in the woods near Grodno.

During the same visit to the migrants, Alexander Lukashenko stated that Europeans transferred $260,000 to the Belarusian Red Cross to help the migrants.

"After my statement yesterday, the unfortunate $260.000 were reluctantly given," said Lukashenko.

The ONT channel also announced the arrival of humanitarian cargo for migrants from the World Health Organization.

"Among those who do reach out to refugees is the WHO. It gave our country a humanitarian cargo to help asylum seekers," ONT reported.

However, the TV channel "Belarus-1" continued to argue that no one helps the migrants except the Belarusian government representatives.

"I would like to say that the day before the head of the Belarusian Red Cross said that European politicians do not act in this situation and remain silent. In fact, only local authorities are doing something here". - Alexander Kamovich, correspondent of "Belarus-1" TV channel, said during a live broadcast from the Belarusian-Polish border.

This news was aired a day after it became known about WHO assistance and the money transferred to the Red Cross. And here is another statement, which was made on the TV channel "Belarus-1" two days later:

"Both volunteers and concerned Belarusians help, but at the same time, as representatives of the Red Cross noted, none of the European foundations and organizations have given a penny for these people."

In addition, the President of the European Commission claimed that the EU would allocate €3,500,000 for the return of migrants from Belarus to their homes.

Elena Kurkhinen, a correspondent of the newspaper "Minskaya Pravda", filmed a coverage in which she interviews and educates passers-by in the regions about the coronavirus pandemic.

"There is such a reputable English journal called The Lancet, which conducted a study and came to the conclusion that the most effective vaccine on the market today is the Russian "Sputnik V." That is why as soon as they had it there, the whole British elite will get vaccinated with "Sputnik V" - Kurhinen assured a local from the Old Roads village.

Only "Sputnik V" has not been approved in the UK yet. Here is the list of vaccines which have proved effective in the country: Moderna, AstraZeneca, Pfizer, and soon Johnson & Johnson will be available as well.

Furthermore, "Sputnik V" is not even on the list of vaccinations recognized for entry into the country. In addition to the four listed above, it also includes CoronaVac, Sinopharm, and Covaxin. In January, when the vaccines first appeared, The Telegraph newspaper reported that wealthy Britons were flying to the Arab Emirates to get a jab unscheduled. Anyway, the British seeked to get a Pfizer shot. Neither did we find any public information about any of the British citizens craving for a "Sputnik V" shot.

As for “The Lancet”, it does not conduct research by itself. It only prints the results of the studies conducted by medical doctors. And one of the publications was devoted to the results of Phase 3 studies of the Sputnik V vaccine by Russian developers. They determined the effectiveness of their vaccine to be 91.6%. However, they did not call it the most effective. And there are no publications on the magazine’s website comparing the effectiveness of Sputnik V with other vaccines.

Ksenia Lebedeva, а correspondent of "Belarus-1", decided to explain to Belarusians why Yazidi migrants are fleeing to Belarus and to show that protests are now taking place on the streets of Iraqi Kurdistan.

"There have been protests in the cities of Iraqi Kurdistan for days. People go out in the streets shouting, "We don't want this government. Students are also striking against the Kurdistan leadership's policies, blocking roads and burning tires. In response, there were brutal detentions, automatic gunfire and of course blood, fractures and contusions. Sounds familiar, doesn’t it? Did they really decide to put such distant Iraq and Kurdistan on the chessboard as pawns?" - Lebedeva said in her program on "Belarus-1".

Notice the video behind the reporter.

Must be said that there are indeed student protests in Kurdistan right now against the cancellation of scholarship payments. But it seems that Lebedeva couldn’t figure out where Kurdistan is and where Kurds and Yazidis live, because she showed the viewers the protests in Turkey.

Here is the same footage in a video by the Arab TV channel Al-Ghad. Only the TV channel tells about the protests that are taking place against the fall of the Turkish lira in Ankara and Istanbul. 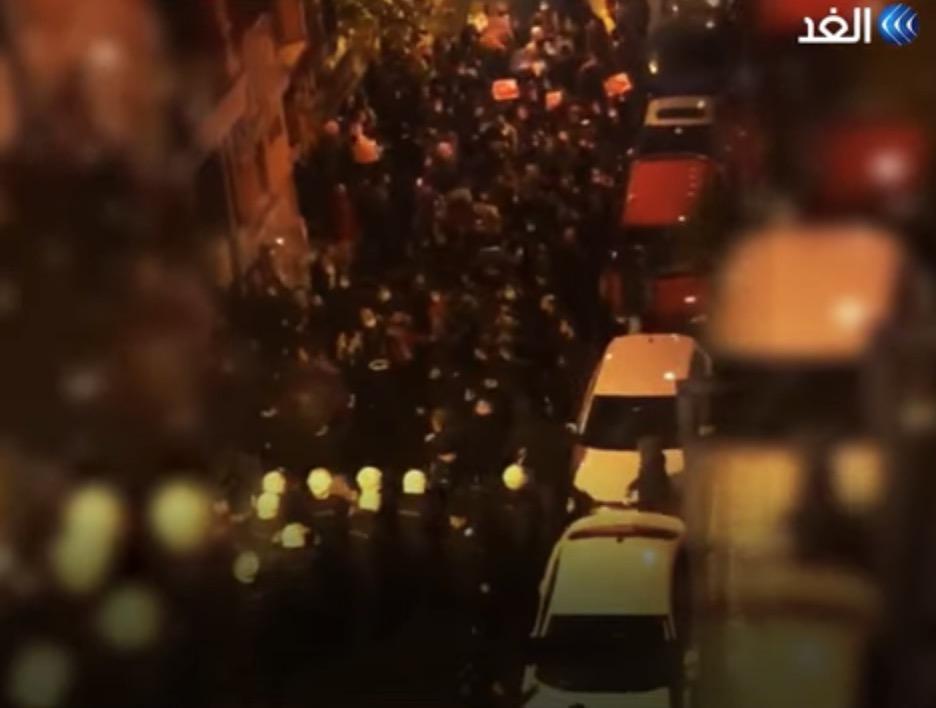 And here is the footage published by the Turkish online newspaper "T-24" about the events in Istanbul and Ankara. And they are also very similar to what Ksenia Lebedeva showed her viewers. 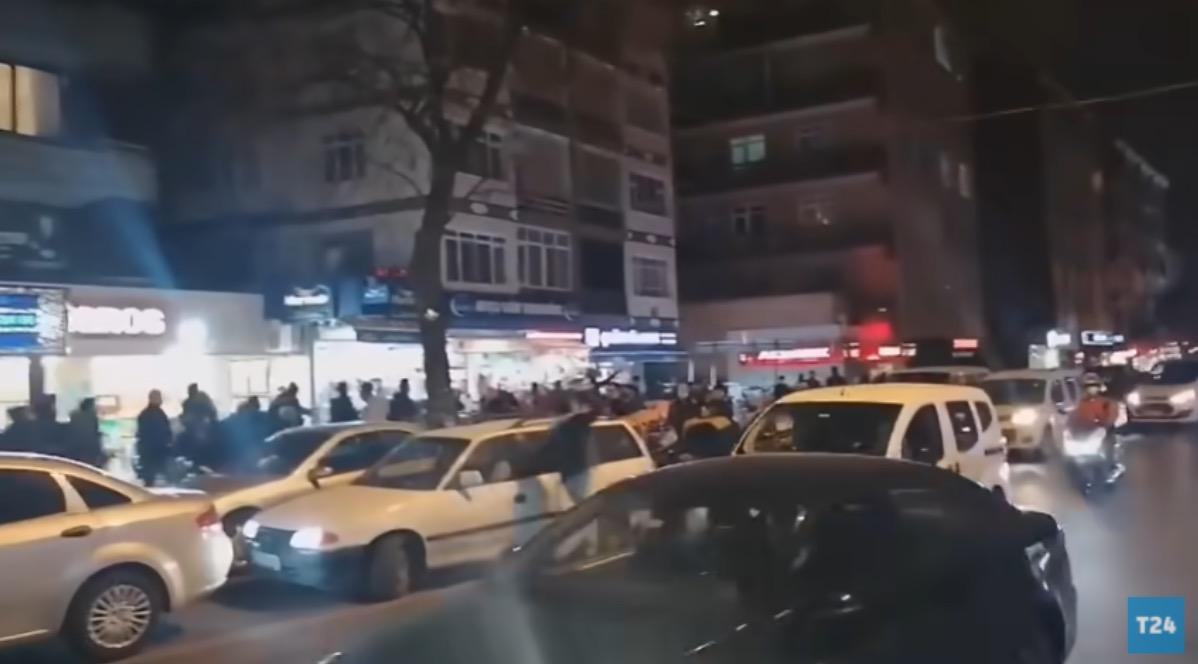