Belarus ex cops and criminals join Russia’s side in Ukraine

Belarus ex cops and criminals join Russia’s side in Ukraine

09/08/2022
Since the start of the Russian invasion of Ukraine, Belarus-born fighters keep joining both sides. Courtesy of Belarusian Cyber-Partisans, the Belarusian Investigative Center has identified around a dozen pro-Russian fighters, mostly ex-servicemen and offenders. Despite the risk of criminal persecution in Belarus, the men keep returning home for leave and get interviewed by state media. And the law enforcement agencies do nothing to stop them.

The Russian forces are incurring massive losses in the war, although the Russian media prefer to keep silent on the matter (the Ministry of Defence’s last published their losses during a press conference in March). As military casualties keep rising, Russia is ramping up a massive campaign to enlist volunteer fighters, opening 14 recruitment offices in Syria alone and promising to pay 300 to 1,100 US dollars to each volunteer, depending on military occupation. In Russia itself, the unemployed and even ex-criminal offenders are being recruited – according to ISTORIES, a Russian independent media.

But it is not only the Russian military that do the recruiting. One Russian business, the Wagner Private Military Company (PMC), has been actively involved in both the fighting and recruitment. Its founder, Yevgeny Prigozhin, also known as ‘Putin’s chef’.

Another recruiter, the Donbass Volunteer Fighters Union, has announced it will be accepting applications from foreigners. It is headed by Alexander Borodai, the current member of the Russian Duma and the ex-head of the self-proclaimed Donetsk People’s Republic (DNR).

To see whether the Donbass recruiter is accepting applications from Belarusian volunteers, our journalist has pretended to be one and approached the organisation. He was told there was no problem in enlisting and was promised at least 2,000 US dollars per month.

When approached officially, the person on the other side of the phone said they receive enquiries from Belarusians every day, implying hundreds of potential recruits. Despite this, the organisation has declined to reveal the exact numbers of Belarusians who had enlisted and gone fighting.

But through our channels, we have found approximately a dozen of such men. And some have already been killed.

Vasily Kurlovich from Vaŭkavysk had been fighting in the Donbas since 2014 with his flamethrower company based in Alchevs'k in the Luhansk Oblast.

Vasily was awarded by the head of the self-proclaimed Luhansk People’s Republic for his efforts in fighting near Debal'tseve. But the 47-year-old man’s luck came to an end when he was killed on 22 March 2022 – according to the Mothers Union’s telegram channel.

“We used to serve in the same company. He was killed by a sniper in March during a mission. We couldn’t get the body, and now it’s too late. I don’t know if he’s been taken or not” – says Mikhail Shagodin, Vasily’s comrade-in-arms.

There are others like Vasily. By searching through online social networks, we have found five other Belarus-born men who have shared his fate. They are: Paval Jauhlieuski, Piotr Luzanau, Nikalai Markau, Uladzislau Charnou, and Andrej Babko. Ukrainian intelligence agencies have so far confirmed two dead mercenaries without specifying their names. And there is an unspecified number of those who keep fighting on Russia’s side.

Although most recruits keep quiet about their service in Russian and pro-Russian units in Ukraine, some are rather outspoken. Anatoly Malchanau,

a 52-year-old Vinnytsia-born man has turned his VK social media page into a war journal. Anatoly used to live in Gomel where he had been prosecuted several times, including for theft

In 2004 the KGB took notice of him when he joined the White Guard, a paramilitary Russian Cossack reconstruction group.

In 2014 he was among the ranks of the Crimean Self Defence unit and took part in blocking Ukrainian army bases before joining a position in Slovyansk as a commander of a reconnaissance company with a callsign ‘SOBR’ (short for ‘Rapid Deployment Police Task Force’ in Russian). Anatoly became heavily wounded in the hand and had to undergo an operation before returning to serve until the end of 2014 as a lieutenant-colonel of the Donetsk People’s Republican Army.

On 3 March 2022 Anatoly published a photo on his VK social media page showing himself holding a gun with destroyed Donbass buildings in the background.

In April he posted that his request to transfer him into an assault battalion had been satisfied.

Two months later he published a photo of him wearing the uniform of the Donetsk People’s Republican Army.

But Mr. Malchanau’s social media posts mostly contain his analysis of the frontline, as he rarely talks about his own involvements.

Anatoly would only agree to an interview for 70,000 Russian rubles (equivalent to 1,100 Euro). “In this life I only care about sex and cash” – Mr. Malchanau wrote back to us. We could not get him to talk for free.

Anatoly Malchanau is not the only Belarusian fighting for separatists in Ukraine that we could find. In early May several telegram channels shared a video of a man in military uniform holding an assault rifle. Our colleagues from Nasha Niva, a prominent opposition media outlet, have managed to identify the man as Andrej Hryshutsin,

Andrej had served as a company sergeant-major in a police spetsnaz unit 3214 and as a junior sergeant in a road police regiment.

In 2012 he was caught illegally selling poppy seeds.

Andrej has been fighting in the Donbas since 2015 with a callsign ‘Belorus’ (a Belarusian in Russian).

Andrej’s mother says her son has been living in Donbass since 2014 where he got married and has had a child. At one point he worked as a road police officer, but when the war started the 42-year-old man took up arms.

“He’s no longer a Belarusian, but a Russian Federation citizen. He lives there. It’s his home. And he’s defending it. He’s no mercenary. I’ve got a normal son, a good boy” – says Alla Hryshutsina, Andrej’s mother.

Alla relayed our request for an interview to her son, but he refused. She told us the KGB had visited her and made enquiries about him after a criminal case was opened against him in 2015.

Other Belarusian mercenaries have been spotted in the Wagner PMC. These are ex-state security men

who previously served in the law enforcement agencies.

Both fought in the Donbas and then in Syria, with Mr. Stupnitsky managing a stint in Sudan – according to the Security Service of Ukraine (SBU). Ukrainian authorities suspect them of killings and torture of peaceful civilians in the Kyiv Oblast.

There are also amateurs among the Wagner PMC ranks.

In a YouTube video Dzianis Zub, a 38-year-old man from Babruysk, admitted to having been contracted as a sniper since the start of the war. Dzianis says he fought next to Kharkiv and Severodonetsk and claims to have killed 42 Ukrainian military personnel.

According to various estimates, between 100 and 700 Belarusians fought in Ukraine for the self-proclaimed Luhansk People’s Republic and Donetsk People’s Republic in 2014-2020. Their current numbers could be less these days. Some are wary of potential criminal persecution under Belarus laws that punish “mercenary service with an intention of making a material benefit” by up to seven years of confinement. The Criminal Code also contains an article addressing participation in an armed conflict on a third country’s territory or in a foreign army. The article is known as ‘ideological mercenarism’ and is punishable by up to five years of confinement.

“We will deal with those who are at war once they get back into the country” – said Aliaksandr Lukashenka in late 2015.

“I’ve warned everyone, and we have decided at the policy level: if you go to fight – and thus kill – regardless of whether it’s on the Donbass side or against them, we will hold you accountable for it” – he said.

There are over 140 Belarusians who have fought on the separatist side in the Donbas – according to a hack into a joint police and KGB database published by BYPOL, a Belarusian pro-democracy investigatory unit. State security officials have deemed the men as threats to national security who must be held accountable. Despite this, some keep freely crossing the country’s borders.

On 19 July, Belarus 1 channel aired an interview with a Belarusian man fighting for the self-proclaimed Donbass People’s Republic, a 46-year-old Siarhei Lanavienka from Asipovichy

who had previously been charged for attacking a road police officer. 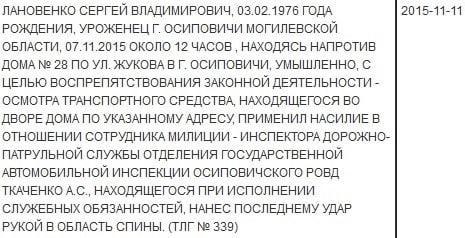 We called Siarhei and he told us he had been in the Donbas since late February, initially  helping refugees, but eventually taking up arms as a Donetsk People’s Republican cop, including near Avdiivka.

Siarhei says he never killed innocent people, and that he is fighting because of his moral beliefs. Siarhei is getting paid several times less than Russian army soldiers who receive 200,000 Russian rubles (equivalent to 3,200 Euro) – implying heavy reliance on war trophies and support from volunteer aid.

In July, Siarhei went to Belarus to spend his leave there. He says he has had no issues with security agencies at the border or in his hometown. But Mr. Lanavienka understands the implications of breaking the law.

“If I decide to visit again, they [security agencies] will be asking questions. It’s their job, I’m all for it. All the more reason why I’ve been trained this way. Security agencies must keep the tabs on me. I know I’ve done nothing wrong; I’m following my conscience” – he said.

We have called the Ministry for Internal Affairs (MVD) to find out what measures are being taken against Belarusians who are fighting in Ukraine on Russia’s side. But the Minister’s deputies, Nikalai Karpiankou and Henadzi Kazakevich have refused to comment over the phone. The MVD’s Communications service has not responded to our calls and written enquiries either, thus confirming what several experts have been saying – that Belarus authorities will not persecute mercenaries fighting on Russia’s side.

“In any post-Soviet corrupt dictatorship, the application of law is determined first and foremost by political feasibility. In the present context where Minsk is being pressured to openly go the war, the Belarus regime is unwilling to irritate Moscow and escalate tensions” – says Kirill Mikhailov of Conflict Intelligence Team. 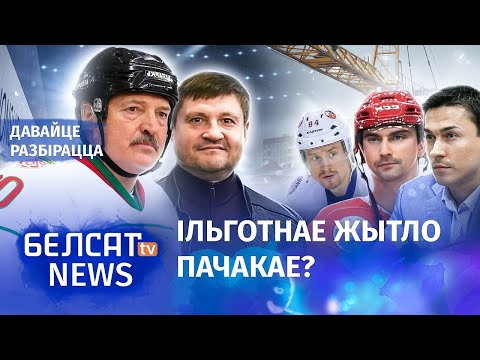 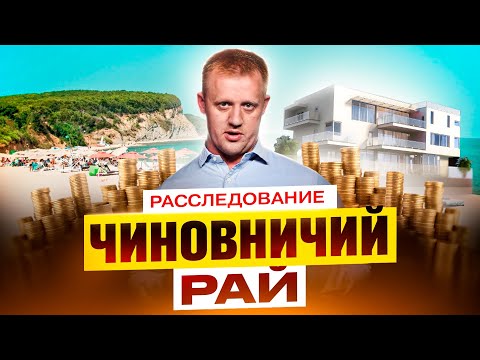 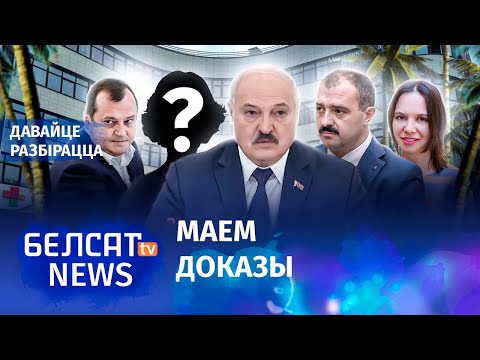 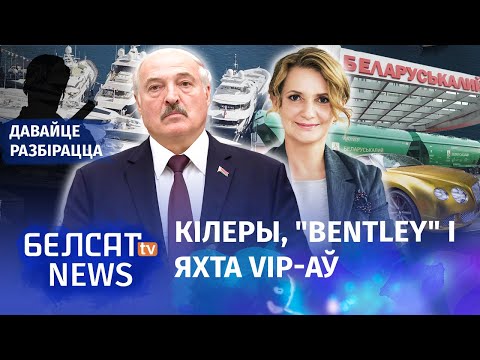 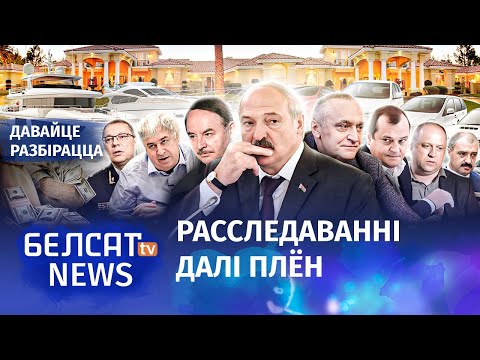 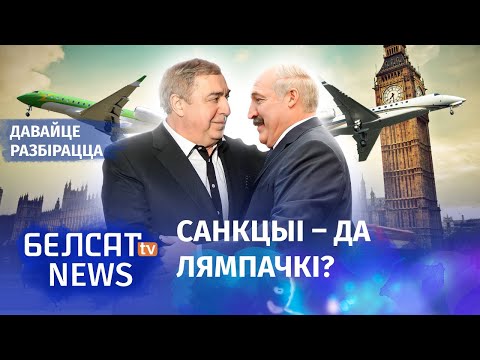 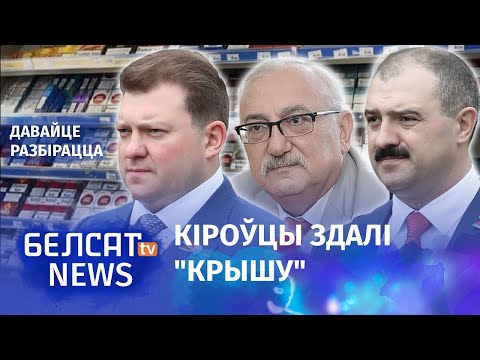 With “Korona” at the head. How Pavel Topuzidis joined “fake transit” and built an empire 01/03
See more