"The Nazis killed the ambulance crew." How does Belarusian propaganda work in the war in Ukraine?

04 March 2022
Fake news of the week: "The Nazis killed the ambulance crew." How does Belarusian propaganda work in the war in Ukraine?

The war in Ukraine is accompanied by a large number of fakes, on both sides

Subjects
Ludmila Gladkaya of the "SB-Belarus Today" posted this photo on her Telegram channel with the following caption:

“Nazis in Kiev killed the ambulance crew. This is for illustrative purposes. These are who a handful of people in Minsk were hailing”. 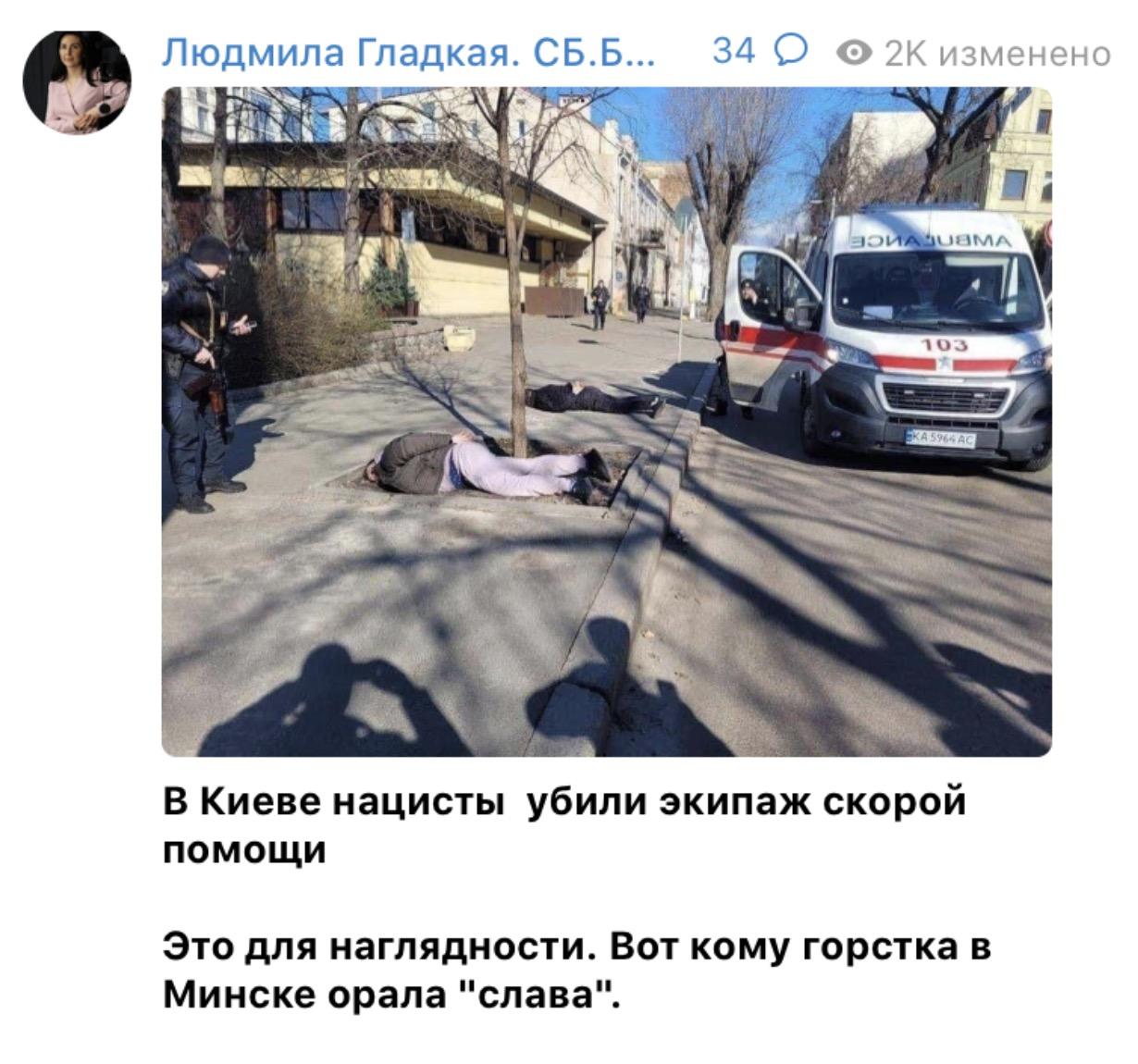 Earlier, this photo was posted on the Telegram channel of Anton Gerashchenko, Assistant Minister of Internal Affairs of Ukraine. He was the first to report that it was not medics, but Chechen saboteurs in the photo. 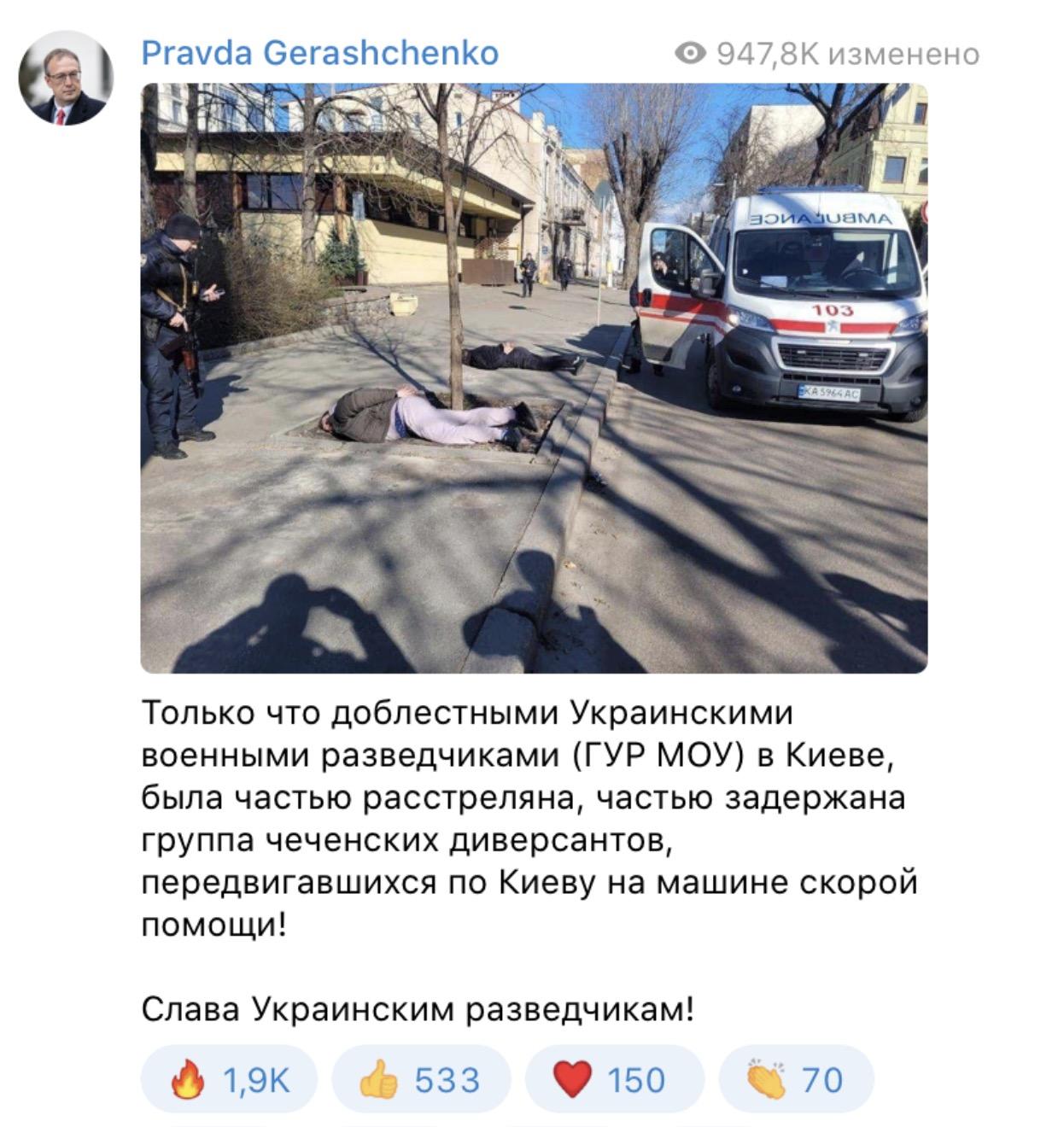 “Just now the Ukrainian military intelligence army in Kiev has shot and detained a group of Chechen saboteurs, who were using an ambulance to move about Kiev!

But the Belarusian media employee took only a photo and decided to replace the official commentary with her own text, thus creating another fake.