22 April 2022
Fake news of the week: CNN lies to the world and the "Yellow Plums" upholds the truth and exposes the liars 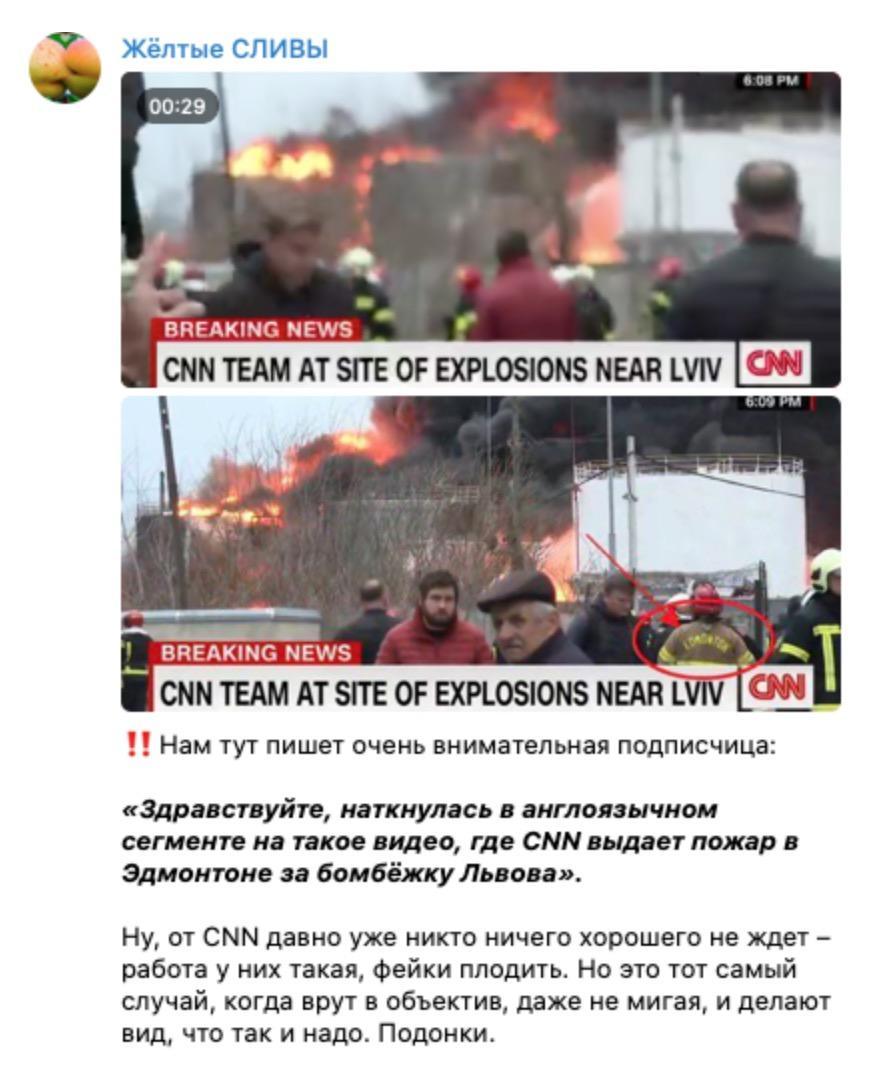 “We received a message from our very attentive follower:

“Good afternoon. I stumbled upon a piece by CNN where they pass off building fire in Edmonton under the appearance of bombing in Lviv”.

Well, we all have learnt that CNN has fallen short of expectations. It’s their job to create fakes. But this is a plain case when they lie  straight to the camera without blinking an eye and pretend that everything is allright. Bastards.”

In short, CNN are liars because the firefighter has the name of the Canadian city of Edmonton on his back, not Lviv. So, the propagandists conclude, the fire is in Edmonton, not Lviv. And now we explain why it is not CNN that is lying, but the "Yellow Plums”.

The thing is that there is an organisation in Edmonton called "Firefighter Aid Ukraine", which supplies Ukraine with essential firefighting equipment. On their Facebook page you can see exactly what kind of equipment they supply to Ukraine: boots, jackets, helmets. And then representatives of the organization posted a photo showing that the overalls they sent to Lviv do indeed have "Edmonton" written on them.

"Sharing this post from 2017 when we were giving away donated bunker gear in Lviv. See the 'Edmonton' on the back of the jacket? There's no conspiracy here. Our friends and fellow firefighters are in danger and we will continue to support them," a quote from a post on the organisation's Facebook page.