Protests against the Polish genocide took place in London, German cities expressed a desire to accept refugees, and Belarus turned out to be the only state in the post-Soviet space and in Eastern Europe that was able to maintain and at the same time create innovative industries

19 November 2021
Fake news of the week: Protests against the Polish genocide took place in London, German cities expressed a desire to accept refugees, and Belarus turned out to be the only state in the post-Soviet space and in Eastern Europe that was able to maintain and at the same time create innovative industries

Subjects
TV channel Belarus-1 reported on how the UK residents are outraged by Poland's behavior at the border.

"Dissatisfaction with the actions of Western countries is increasingly spreading throughout Europe. A mass action in support of refugees on the Belarusian-Polish border was held in front of the Polish Embassy in London. People demanded that the Polish authorities stopped violence and gave people an opportunity to get to Germany. However, Polish diplomats remained aloof to any pleas," was said on "Belarus-1.

Since the action was so massive, why are there only a few dozen people in the photo from this event? 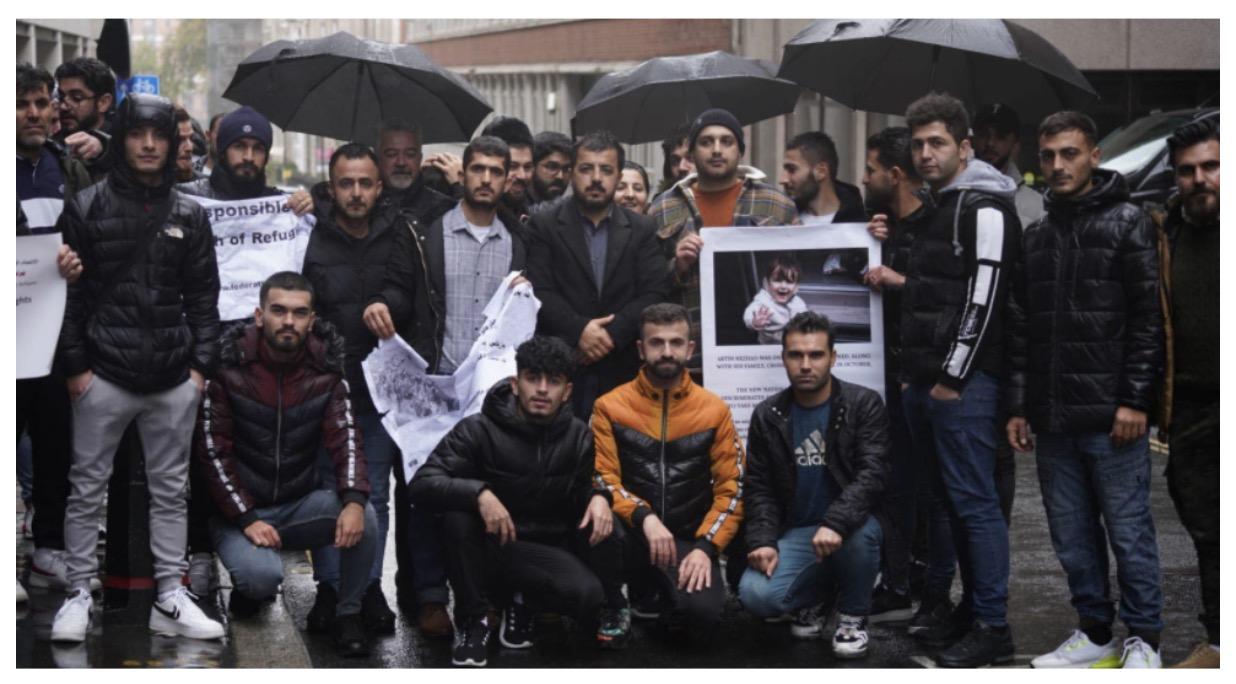 We made our own investigation and found that the action in support of refugees in front of the Polish Embassy in London really took place. It was organized by the International Federation of Iraqi Refugees. On their Facebook page, they posted a report on this action and even described what they were chanting at the embassy’s walls. The slogans were as follows:

4) Poland and Belarus are responsible for the death of refugees.

It turned out that the protesters are not only dissatisfied with the actions of Poland and other Western countries, but also with the actions of Belarus itself, on the territory of which refugees are dying. However, the TV channel "Belarus-1" decided not to mention it.

The channel also lied that European diplomats had not paid attention to the protesters' pleas. The protesters themselves reported that the representative of the Federation of Iraqi Refugees had handed a letter to the Prime Minister of Poland. And of course, contrary to what had been said on "Belarus-1", it did not contain the demand to let the refugees into Germany. The protesters asked to "send them around European countries”.

The telegram channel "Yellow Plums" has spread information that German cities are ready to take in refugees. 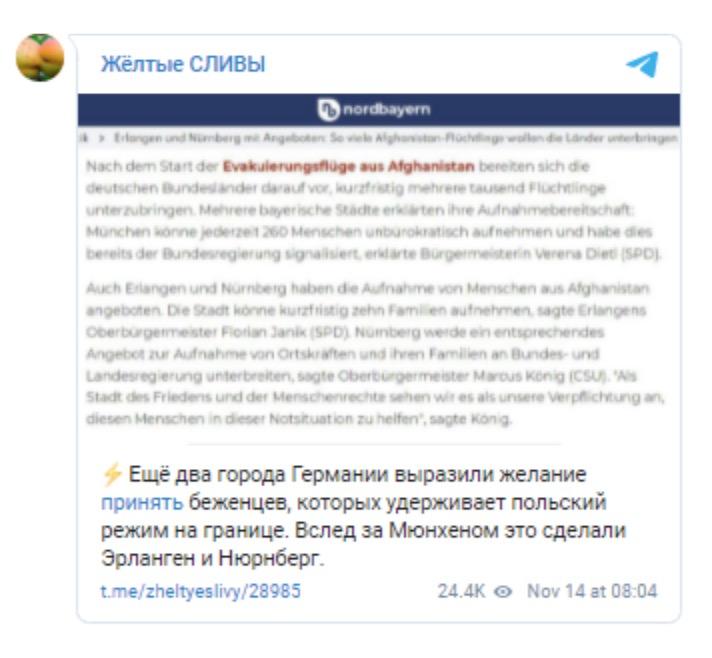 And in support of their statement, the "Yellow Plums" posted a screenshot from the German Internet resource "NordBayern". 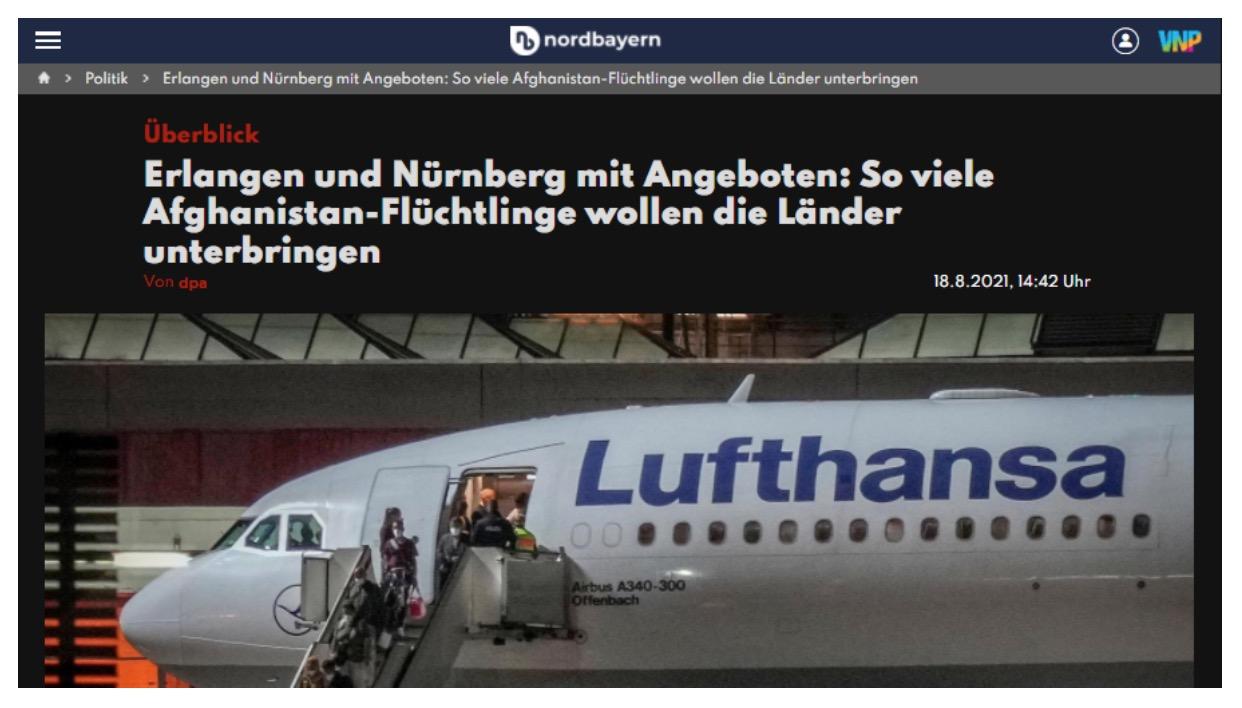 However, they cut off the beginning of the article, which talks about the Afghan Hindu Kush Mountains, not the Belarusian-Polish border. They also decided not to show the publication date - August 18, 2021. So the three months old news was presented as hot. And it concerns the reception of refugees from Afghanistan after the withdrawal of American troops in August of this year.

This fake from "Yellow Plums" was picked up by Grigory Azarenok, Ludmila Gladkaya and the “BELTA” news agency.

At the same time, both Lithuanian and Polish official sources said the opposite. Here's a tweet from the Polish Border Guard after that night: 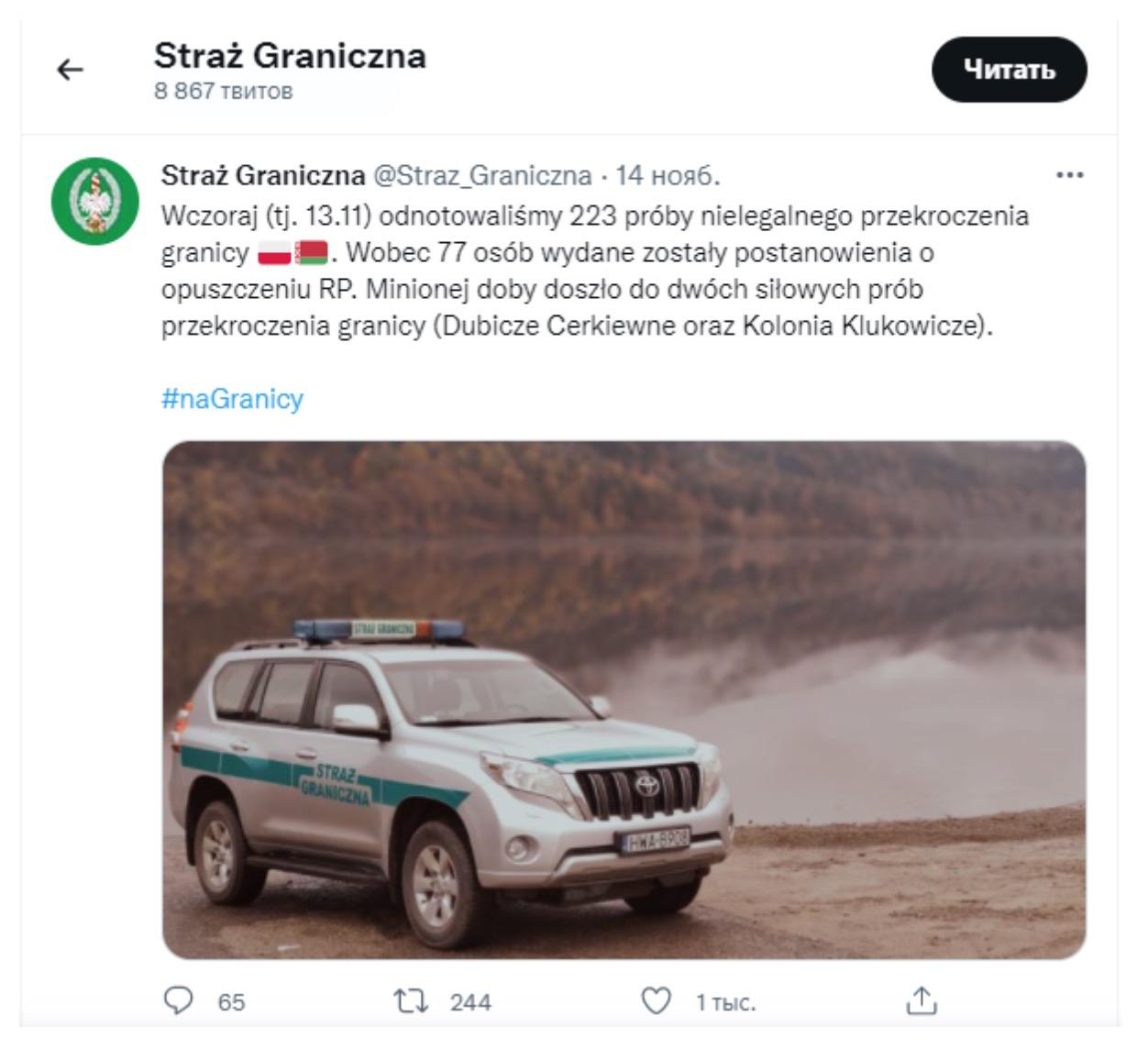 The Lithuanian Border Guard reported that from Friday midnight until Saturday they did not let 144 migrants from Belarus into the country. On the night of Saturday to Sunday there were 114 more migrants. There are no reports of any border breaches.

The newspapers "Republic" and "Belarus Today" published an article by Nikolai Shchekin, the head of the Department of Sociology of Public Administration of the Institute of Sociology of the National Academy of Sciences, where he stated that the Union State has become the strongest competitor for the entire "collective West".

"Belarus is the only state in the post-Soviet space and in Eastern Europe that was able to maintain and at the same time create innovative economic and industrial production and scientific and technological centers," Shchekin wrote.

It is hard to understand what "economic and industrial productions" means in the language of a sociologist, but it is very much doubtful that in the entire Eastern Europe, except Belarus, no one else has maintained or created innovative productions.

If you look at the "Global Innovation Index 2020", it should be said that Belarus has risen from 72nd to 64th place out of 130 countries in just one year. However, at the same time, it is below all of its neighbors on the list. Even Moldova and Ukraine are ahead of us. Russia is ranked 47th. Among the countries of Eastern Europe, the Czech Republic is ahead of all, taking 24th place.

However, Nikolai Shchekin, on any occasion and in any context, argues that "Belarus is the only country in the post-Soviet space and in Eastern Europe…" and then simply adds some allegedly unique achievement. We have already gathered an entire collection of such statements by Shchekin.

About Christian values: "Belarus is the only country in Eastern Europe that has been faithful to its historical traditions and Christian Orthodox culture”.

About the fight against Nazism: "Belarus is the only country in Eastern Europe that has put a barrier to this Nazism”.

About traditions: "In 2021, we are one of the few countries, or maybe the only one, that is now creating a new tradition and a new holiday”.

About the Union State of Belarus and Russia: "In general, Belarus is one of the few countries in the world that has not deviated from its principles and national interests and has managed to implement the long-term geostrategic project of the century”.

In the "Editors' Club" program, Ivan Eismont stated that Europeans would not support the policy of their authorities on the issue of migrants.

"It seems that they all fell into a trap, because they are unlikely to get public support in this situation. By closing the border, the Poles have made it so that the video we shoot in this camp is spreading all over the world. Nobody will like this video" - Ivan Eismont shared his opinion.

In Lithuania, a public opinion pull on the topic of migrants was conducted back in August. One thousand respondents were asked: what is the best way out of the crisis with illegal migrants? The survey showed that 33% of the respondents believe the best way out of the crisis is to build a fence on the border. 17% consider it necessary to put pressure on Iraq to stop flights to Minsk, 14% suggested to place some part of migrants in other EU countries, 12% consider the most effective to pay migrants money to return home, 10% offered to start negotiations with Lukashenko and only 3% Lithuanians think that migrants should be received at home. In other words, an overwhelming number of Lithuanians are not ready to accept migrants on their territory.