How Lukashenka lied about the war in Ukraine, military training of Belarus and Russia, and his "presidential" term

25 February 2022
Fake news of the week: How Lukashenka lied about the war in Ukraine, military training of Belarus and Russia, and his "presidential" term

Alyaksandar Lukashenka has repeatedly claimed that Russia is not going to attack Ukraine. He even shamed foreign special services for spreading "rumors" about it

Subjects
Alyaksandar Lukashenka has repeatedly claimed that Russia is not going to attack Ukraine. He even shamed foreign special services for spreading "rumors" about it.

"You accused Russia and Belarus of invading (yesterday's invasion) Ukraine. We did not. So your intelligence and the billions of dollars you spend on it are for nothing. At least admit that," Lukashenka told foreign journalists on 17.02.2022.

But, as is known, everything Lukashenka said turned out to be a lie. Foreign intelligence was mistaken for only a few days. Russia started the war against Ukraine on February 24 (Russian troops entered Ukraine, as well as from the territory of Belarus). 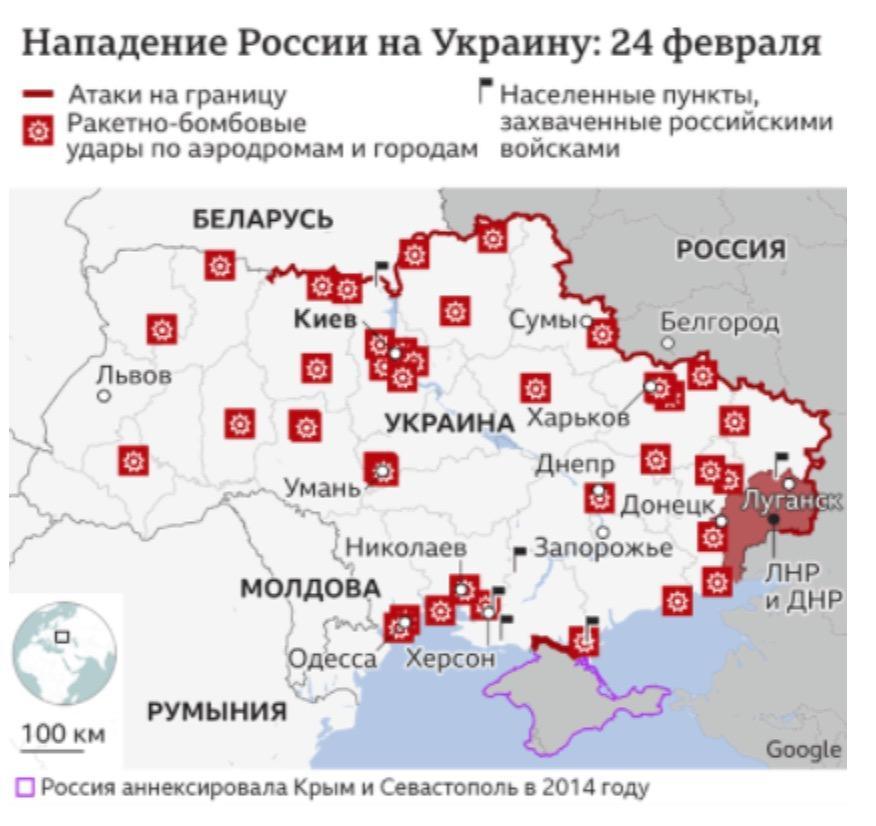 Belarus and Russia promised to withdraw Russian troops from the territory of Belarus immediately after the end of the military exercises "Union Resolve-2022", which ended on February 20. The Minister of Foreign Affairs of Belarus Uladzimir Makei was confident in his words that the Russian military would not stay on Belarusian land.

"Not a single soldier, not a single piece of military equipment will remain on our land after this training," stated Makei.

On January 27, The First Deputy Defense Minister and Major General Viktar Gulevich also spoke about this.

"I would like to draw your attention to the fact that at the end of the inspection, military units and subunits of the Armed Forces of the Russian Federation will leave the territory of the Republic of Belarus, like it was after all previous training," Gulevich stated.

On February 8, Dzmitry Pyaskov, the press secretary of the President of the Russian Federation, assured Russian journalists of the same.

"No one has ever said that Russian troops would stay on the territory of Belarus; that was out of the question," Pyaskov said.

However, he specified that the exact date of their return had not been mentioned. On February 14, Lukashenka himself gave a rather invasive answer.

"We will do it, Аlyaksandr Аlyaksandravich, when we, with the president of Russia, decide to do it and when the military exercises here are over," Lukashenka said.

As a result, Russian troops have not been withdrawn from the territory of Belarus.

The pro-regime Belarusian Union of Journalists accused the German newspaper TagesSpiegel of posting a fake. More precisely, the Russian-speaking journalist in Germany Alyaksandar Sаsnovski did so on his Twitter, and BUJ quoted him. 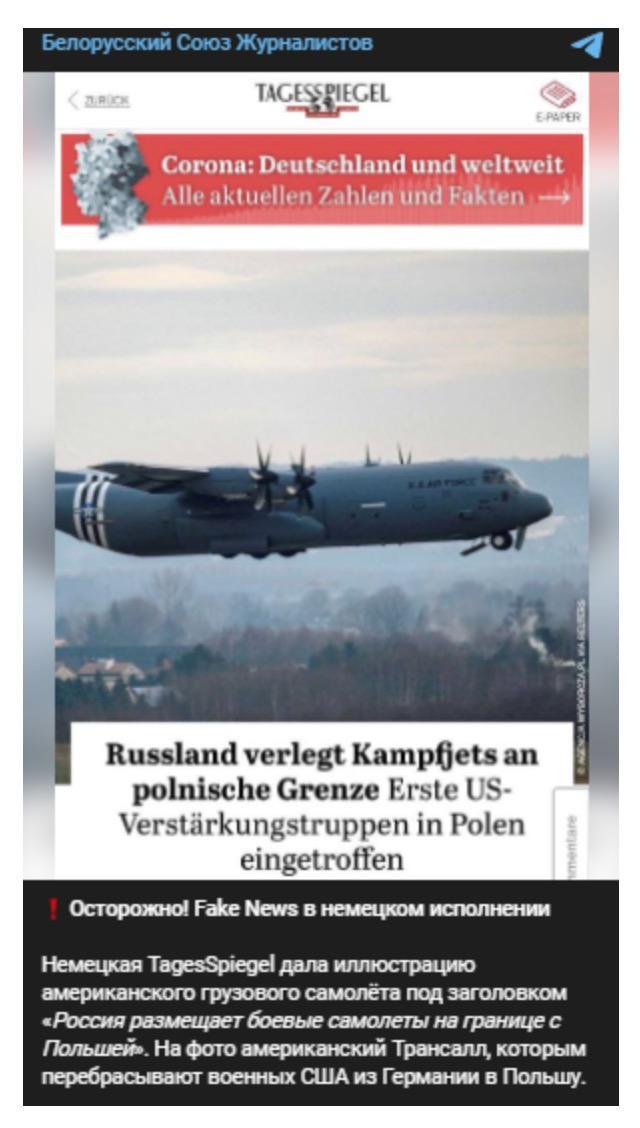 And then Sasnovski explained what was wrong with that photo:

"The point is in substitution. They write about possible Russian aggression, but attach a photo of an American warplane. The reader will be convinced that this is the confirmation of the headline. No one reads further anyway. It is a psychological trick. Stay alert!"

Sasnovski believes that now because of this so-called psychological trick with the photo, the German reader will think that this is what Russian combat aircraft look like. In his opinion, allegedly, it was necessary to post a photo of a Russian SU-25. And, of course, the pro-regime Belarusian Union of Journalists could not get past such a blatant deception.

But in fact, it seems that the BUJ indeed did not read the publication beyond the first sentence. Because just in the second sentence of the same headline the article speaks about the United States and the fact that they are transferring their soldiers to Poland. The photo of an American military transport plane, in this case, corresponds to the content. So does the headline. The arrival of Russian fighters was also reported on Russian state TV.

When talking to journalists at the Union military exercises, Lukashenka suddenly announced that he would forever remain the president. And added that he had never mentioned any date for his resignation.

"I never said when I would leave, I said under what conditions," said Lukashenka.

We decided to recall how Lukashenka's rhetoric has changed over the past year and a half about the terms of his resignation.

"Of course, I will leave at some point, either in a year or two. It depends on you," Lukashenka said on August 17, 2020, speaking to MZKT employees.

In October 2020, Yury Vaskrasenski said that at the detention center meeting with presidential candidates, Lukashenka had sworn that this would be his last presidential term.

"For the sake of Belarus, I confirm to you: I will no longer be the president, this is my last term," Lukashenka urged.

But in November 2020, during a meeting with doctors, Lukashenka said that this would happen after the adoption of the constitution: "In the new constitution, I will no longer work with you as the president."

However, in June 2021, when Lukashenka was talking to the workers about the construction of the Kobrin-Gomel road, he decided otherwise: "I'll finish this road and retire."

For the record, the reconstruction of this road is scheduled for 2025.

But a couple of months later, in August 2021, Lukashenka again reassured that the resignation could happen sooner.

"No need to guess when Lukashenka will leave and so on. Very soon," said Lukashenka.

And now, in February 2022, he can no longer answer this question himself.

"As for my presidency, we will consult with my older brother and decide," Lukashenka once again evaded the answer.