The Belarusian Investigative Center has studied the Karić businesses’ financial reports, revealing significant money transfers across the border. Between 2008 and 2020, the Karics syphoned off over €170m to Cyprus as dividends 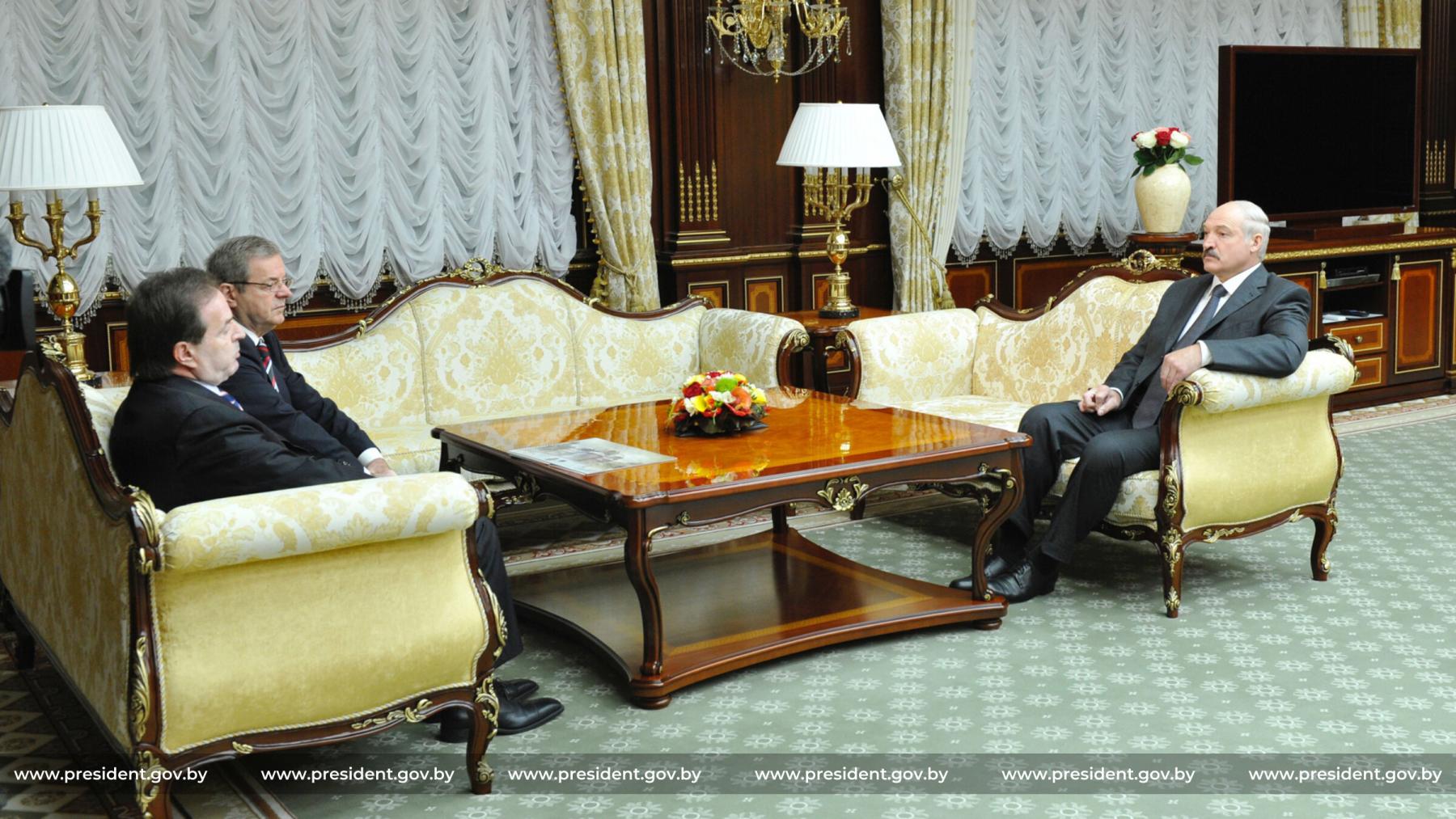 The Belarusian Investigative Center and OCCRP have studied the Karić businesses’ financial reports, revealing significant money transfers across the border. Between 2008 and 2020, the Karics syphoned off over €170m to Cyprus as dividends.

The money was sent to five recipient firms Triworst, Rodrick, Elaiva Trading, Ozalco Holding and Russelville that had been beneficiaries of the Karić construction projects in Minsk. The money started trickling to Cyprus in 2011, but the taps were properly turned on in 2017-20. Of all the money transferred, a Cyprus firm Dana Holdings (a.k.a. the Karić headquarters) has accumulated over €120m.

The Karić real estate empire in Belarus before sanctions

The Karić brothers – Bogoljub and Dragomir – initially became known as Slobodan Milosević regime’s sponsors. Their friendship with another dictator, Aleksander Lukashenka, has yielded extremely lucrative benefits for their operations in Belarus where they delivered several major real estate developments via their firm Dana Astra, wreaking urban planning havoc in Minsk.

Lukashenka even issued decrees releasing the Karić brothers from the necessary land auctioning procedure – costing the taxpayer an estimated $1bn, according to the Belarusian Investigative Center. And contrary to the norm, the taxpayer was forced to foot the bill for infrastructure such as water, electricity, and roads. To add insult to the injury, Lukashenka exempted the Karić business from certain other taxes, letting his friends roam free and make squillions. 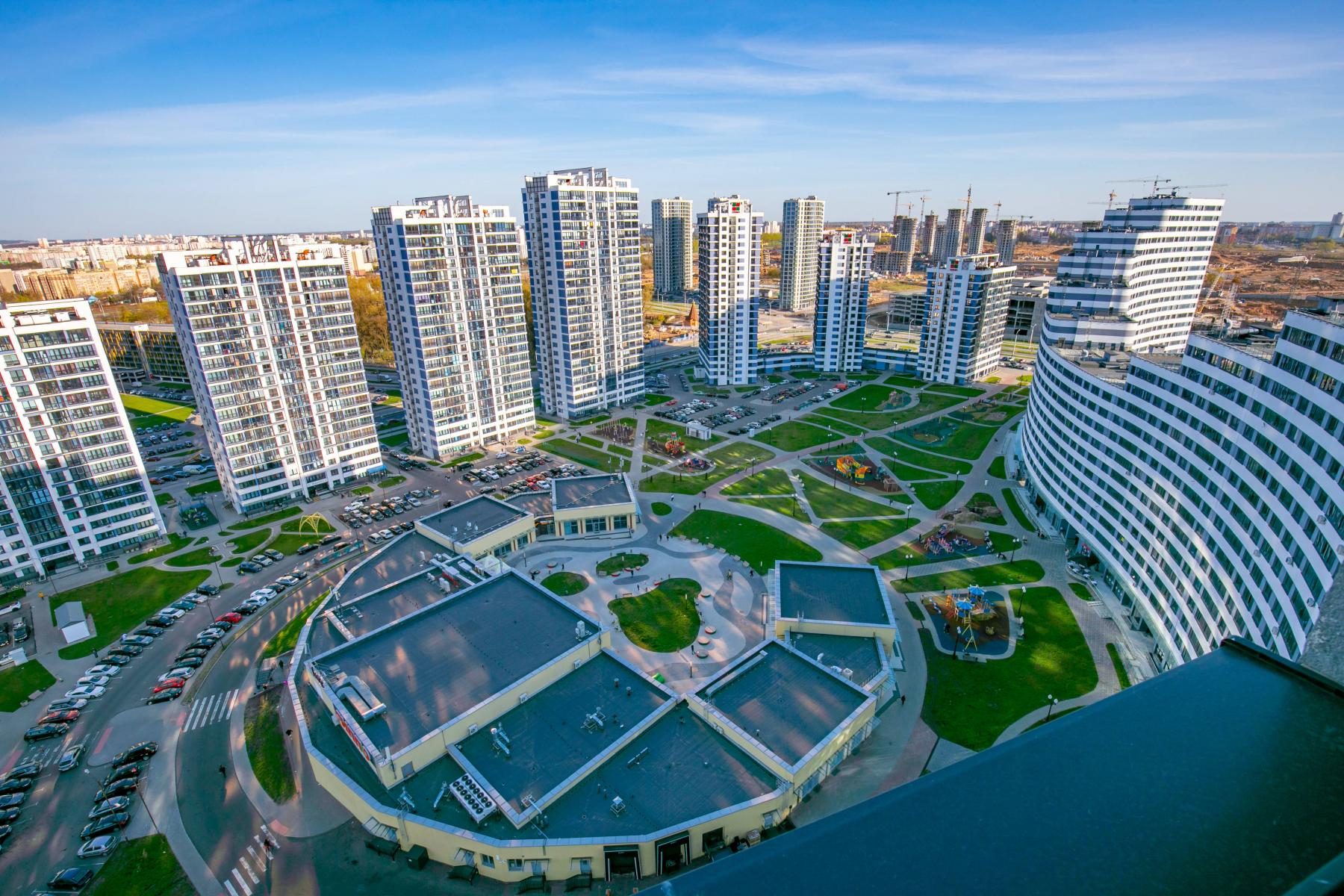 In December 2020, the EU and the UK sanctioned Dana Holdings (Cyprus) and Dana Astra (Belarus). In August 2021, the USA branded the Karić family as “Lukashenka’s construction wallet” and followed suit. The sanctions targeted Bogoljub Karić’s son Nebojsa, as well as companies Dana Holdings, Dana Astra, Emirates Blue Sky, and Dubai Water Front. Bogoljub Karić, in turn, got sanctioned by the EU in June 2022 for supporting Lukashenka’s regime and benefitting from this affiliation. 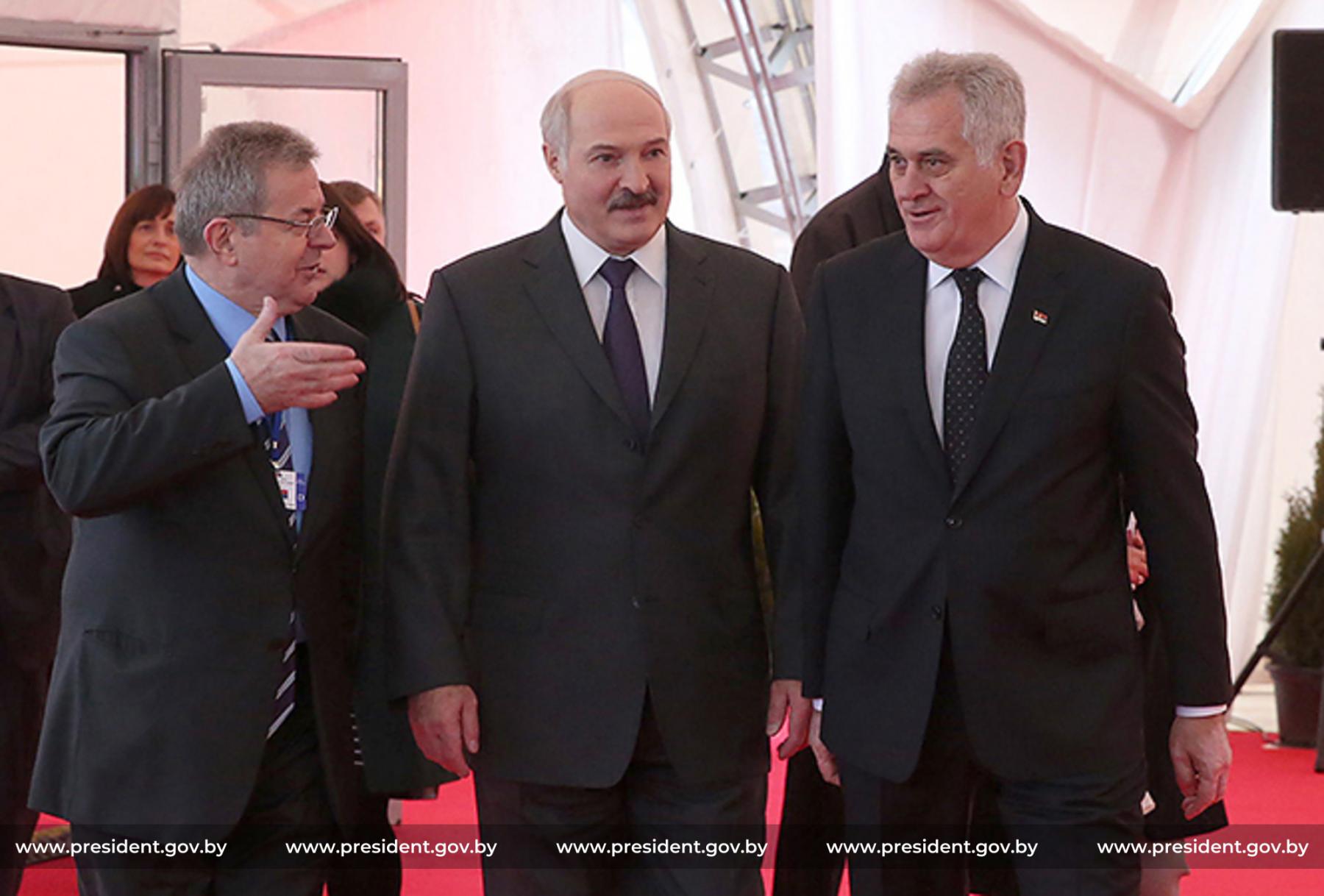 To safeguard their assets, the Karics replaced the owner of Dana Holdings with a family friend Nagip Behluli.

A quote from Bogoljub’s social media post explains their relationship in full: “We grew up together on the same street and ate from the same plate”. Mr Behluli also heads Emirates Blue Sky. But that is not all. 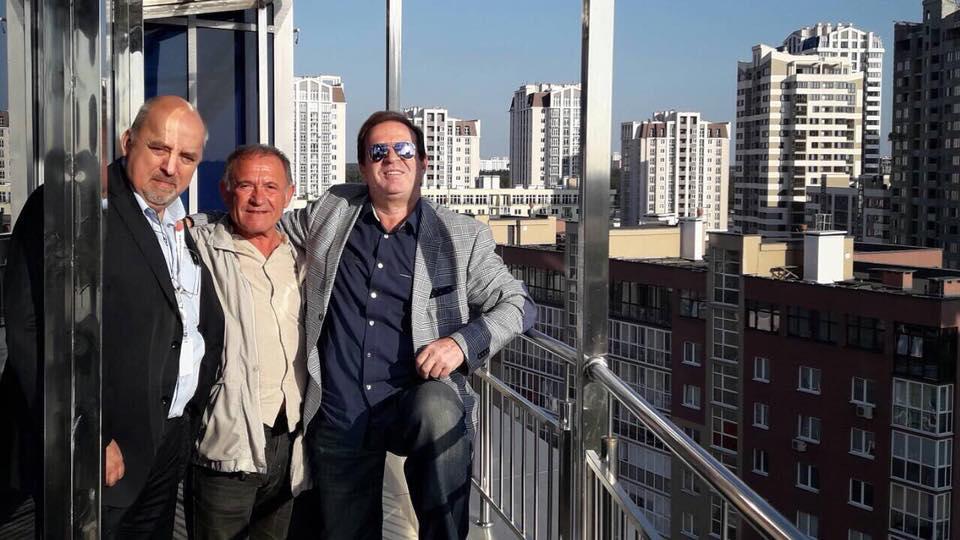 The EU announced the sanctions on 17 December 2020, but merely two weeks prior to that Dana Holdings had sold the five Cyprus firms to a United Arab Emirates (UAE) company Enterprise Developments Holding – a transaction that international experts believe is money laundering.

The 41-year-old British businessman used to be a partner at Montague Ventures, a consulting firm owned by Bogoljub Karić’s daughter Elena. At some point, Mr. El-Tobgy transferred his equity in the company to Bogoljub’s other daughter Danića.

According to Dana Holdings old marketing materials, Mostafa El-Tobgy was at some point an Executive Director of the Dana Holdings company group. Additionally, his social media photographs show him next to the Karić family:

El-Tobgy is also a resident in Belarus where he obtained a special work permit and a registration address at one of Dana Astra’s upmarket developments.

A deal with a silver lining

As mentioned previously, to evade sanctions Dana Holdings sold the Cyprus firms to Enterprise Developments Holding in the UAE, setting the sale price at €700m – which is in line with our estimates of the real value of their Belarus assets. The book value of the five companies, however, was a mere €21,550 – 30,000 times less than the real value.

The transaction thus gave Dana Holdings a gain of €700m. By the end of 2020, however, the money were not received. Instead, the gain was classified as ‘other accounts receivable’ which gave Dana Holdings the ability to draw down a huge sum of cash from their accounts.

“The idea was to create a paper trail for the money that  legally  allows them to access this €700m. This is important because the banks want to know where the money is coming from, so you can explain it is coming from a sale… Automatically, they  access  €700m in some country where they are not  sanctioned, and recieve dividends from the assets they hide” – says forensic accountant Abdulwaḥed Alobaly.

The Belarusian Investigative Center has also discovered that the Karić family is still immune to sanctions when it comes to real estate, including in Western Europe. Together with the OCCRP we have found out that Bogoljub Karić with his children Nebojsa and Danića own real estate in Dubai.

And courtesy of Transparency International UK, we know the Karićs own seven flats in central London, and that they are registered to Dejan Lazarević – Bogoljub’s son-in-law.

The flats (two of which Bogoljub’s wife Milanka rents) are worth €14m in total. 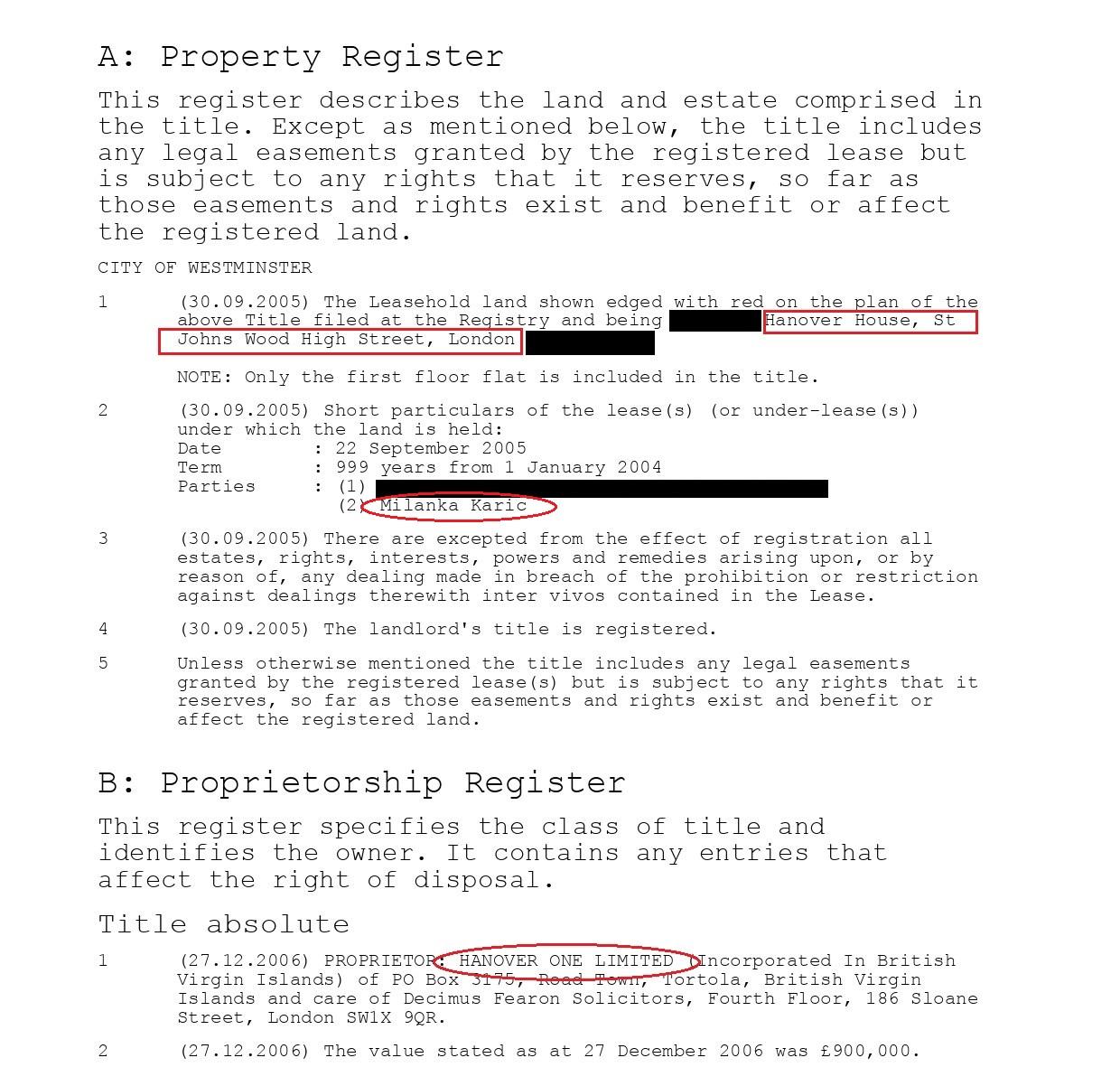 Besides the London flats, Dejan Lazarević and his wife Nadezhda had interest in Belarusian real estate as they used to co-own Dana Astra – the sanctioned company that is delivering the Minsk-Mir residential construction project.

According to international standards, this should serve as a red flag for financial organisations and watchdogs as politically exposed people may have a corrupting influence given their status and authority.

Close ties with the Lukashenkas

It is common knowledge that one cannot run a big business in Belarus (especially when relying on tax exemptions) without Aleksander Lukashenka’s support.

Bogoljub Karić  was accused of tax evasion and money laundering in Serbia and fled to Belarus, obtaining a Belarusian passport in 2010. But after the Serbian authorities dropped the case, he was able to return home.

Bogoljub’s brother Dragomir is a longstanding honorary consul of Belarus in Belgrade, and the chairman of a Belarus friendship parliamentary group. In 2009, he hosted Lukashenka at a popular Serbian destination Kopaonik. Dragomir has held official meetings with Lukashenka more often than other Karić family members. His last such appearance was in December 2021 when Dragomir praised and encouraged Lukashenka, calling him ‘his president’ and saying: “Many western companies still work indirectly with Belarus via third countries. Because business is like water: you can’t stop it, it will find its way”.

On the family side, Lukashenka’s daughter-in-law (Viktar Lukashenka’s wife) Liliya worked at Dana Astra in 2014-16 before moving on to head Art Chaos, an art gallery that is conveniently located at Dana Mall shopping centre. 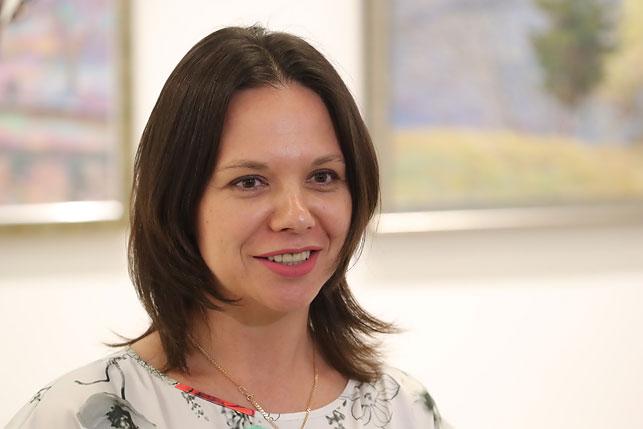 During Liliya’s stint at Dana Astra she seems to have gotten along well with Bogoljub’s wife Milanka. Cyber Partisans, a Belarusian pro-democracy hacker group, has found travel data suggesting the two travelled together to Turkey and Greece 13 times between 2011 and 2016. They were often accompanied by Viktar Lukashenka, their children, and Aleksander Lukashenka’s ex-wife Halina – Viktar and Dzmitry Lukashenka’s mother.

The Belarusian Investigative Center has sent a request for comment to Bogoljub Karich and Dragomir Karich. In this request we meticulously outlined all the facts of the dubious transaction involving money transfers across the border, the Lukashenka family visits, as well as Dubai and London real estate assets. The Karić family lawyer has responded saying the allegations were ‘baseless’ and asked us to postpone this publication by three weeks for him to prepare a comment. We gave him one week as we believe this should have been sufficient to provide a clear explanation. Nevertheless, we will publish the Karićs’ official statement separately as soon as we receive it.

We thank Cyber Partisans and the Organized Crime and Corruption Reporting Project for their help in making this article.