With “Korona” at the head. How Pavel Topuzidis joined “fake transit” and built an empire

01 March 2022
With “Korona” at the head. How Pavel Topuzidis joined “fake transit” and built an empire

“Belarusian Investigative Center” managed to find out, another cigarette manufacturer from Belarus might get huge profits from an “aborted transit” scheme. This is about Pavel Topuzidis, the chairman of the board of directors of “Tabak-Invest”, who is known as the co-owner of a distribution network “Korona”

Subjects
Previously cigarette smuggling from Belarus was associated with products of the state manufacturer “Neman” and belarusian businessman Alyaksey Aleksin. However, as “Belarusian Investigative Center” managed to find out, another cigarette manufacturer from Belarus might get huge profits from an “aborted transit” scheme. This is about Pavel Topuzidis, the chairman of the board of directors of “Tabak-Invest”, who is known as the co-owner of a distribution network “Korona”. 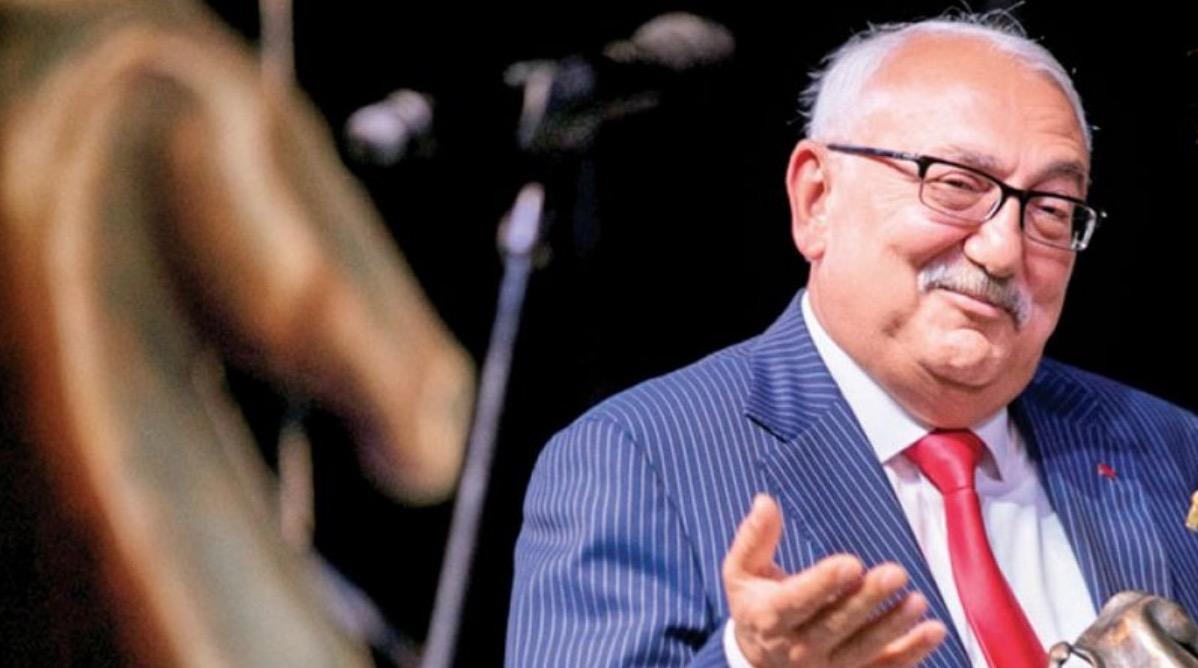 In December 2020 Russian custom and FSB busted a large batch of smuggled belarusian cigarettes “Korona” worth more than a half-million dollars at a regional storage facility. “The shipment was being transited through Russia, but was unloaded in Tula region for the following illicit sales of goods on the internal market”, was reported by the Russian security forces. 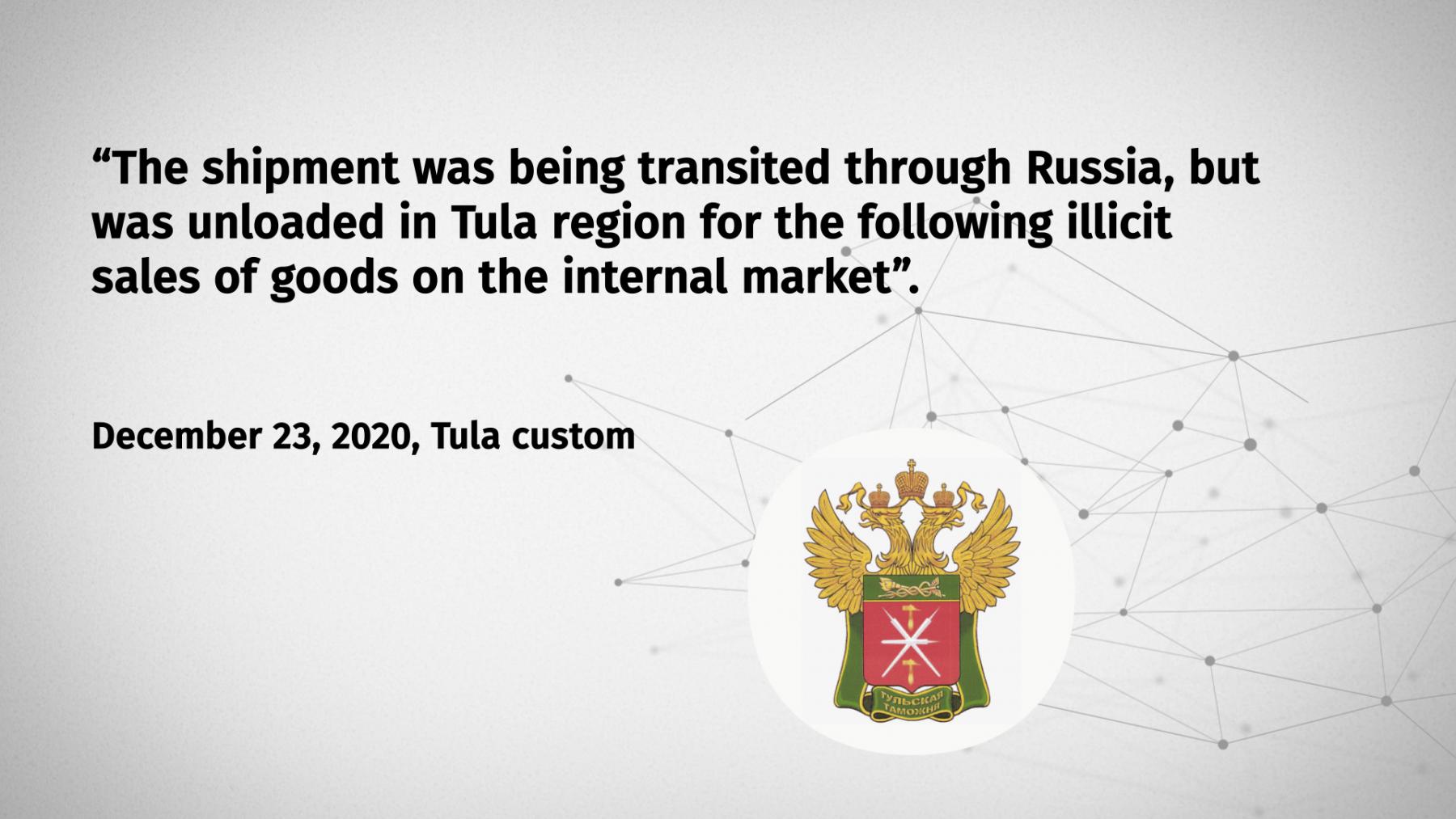 Among those involved in illegal supplies of cigarettes from Belarus to Russia  was individual entrepreneur Alyaksandar Grechisznikov. He is an activist of “Narodnaya Hramada”, “candidate of protests” during election 2020. In 2021 Grechisznikov with his family left for Lithuania against a backdrop of political persecution and reopening of the criminal investigation for fraud.

According to Alyaksandar Grechisznikov, distribution of belarusian cigarettes was being conducted upon an “aborted transit” scheme. This scheme implies lack of excise taxes on cigarette packs, which are supposed to be exported to other countries, but eventually are unloaded in Moscow or Tula region.  Customs officials reported that cigarette smuggling increased due to the scheme mentioned.

Alyaksandar Grechisznikov provided us with documents, which reveal the smuggling scheme, so we decided to check them. According to the former smuggler, he himself was acting as a middle man between businessmen who were buying cigarettes from the Minsk factory “Neman” and security forces who were protecting the scheme.

Thus, according to the documents received from Alyaksandar Grechisznikov, in 2018 a client of Pavel Topuzidis’s factory - Czech company “Atomic Corporation” - was planning to supply belarusian cigarettes “Korona” to the UAE or Iran. 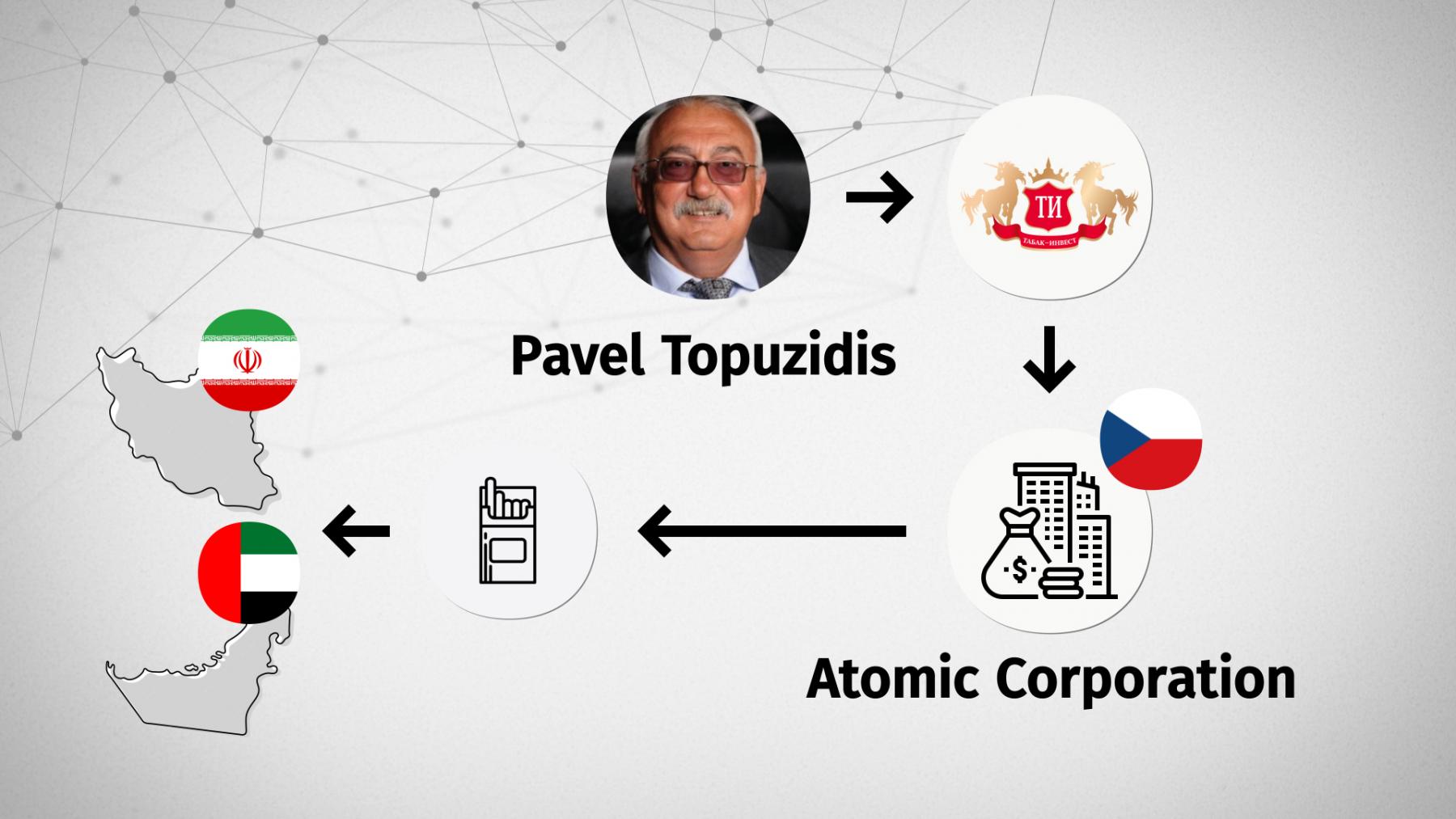 The shipment was registered for these countries as it doesn’t require to apply excise taxes, therefore it was twice cheaper. The trucks were loaded at the “Tabak-Invest” factory in Minsk, then escorted by the Department of Safety of MIA to the Belarus-Russian border, from where the trucks continued their route. 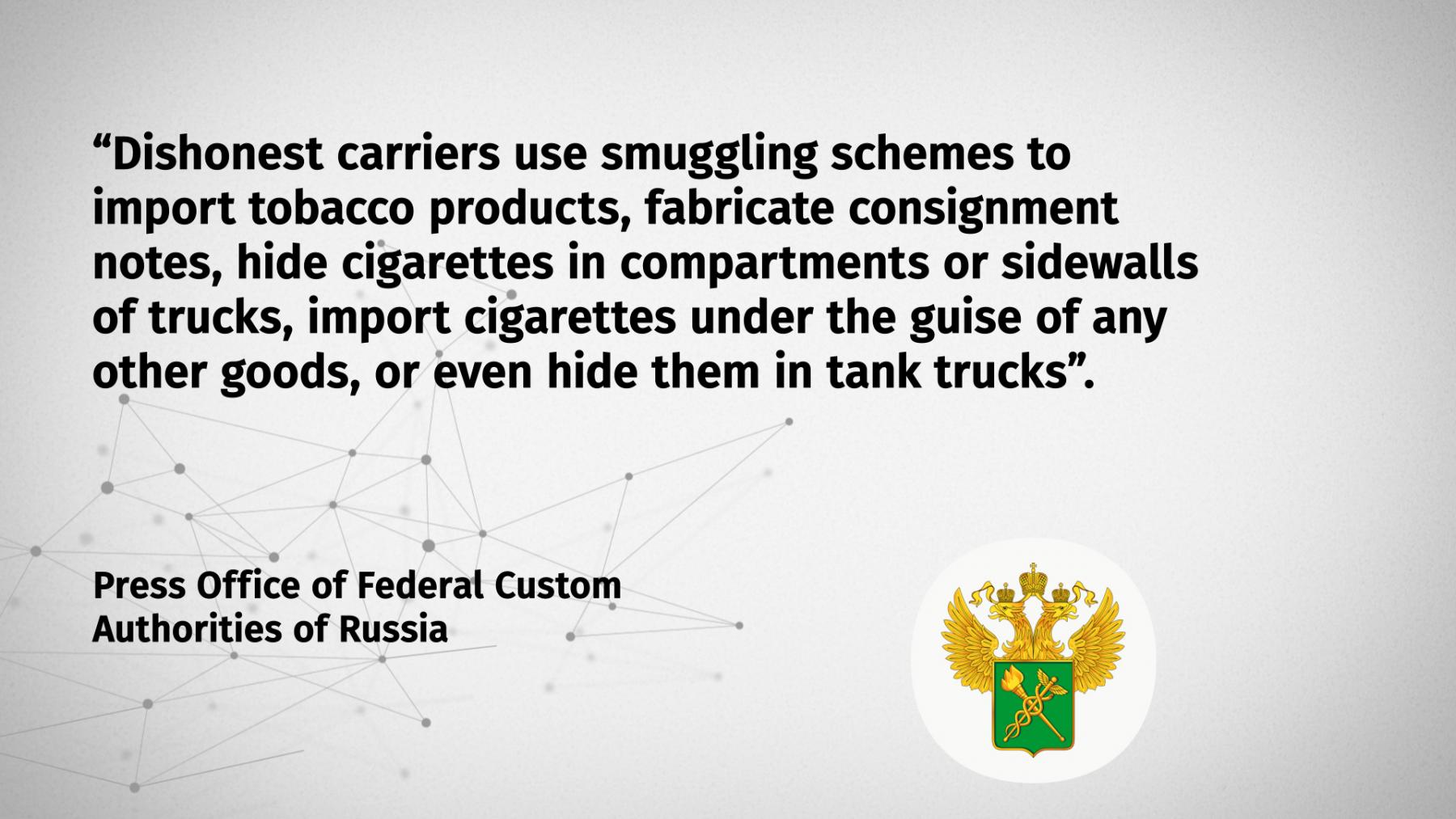 According to the reports, the Czech company was supposed to finish its customs transit in Kazakhstan and move outside the Eurasian Economic Union. But,  as some of our sources involved in the scheme say, that was only on paper and in exchange for payment.

By the words of Alyaksandar Grechisznikov, the documents were sent to Kazakhstan custom, where they were stamped as if the trucks had arrived. To do so they asked for the photos of actual trucks to put them into the system, stamped the consignment notes and sent the documents back to Belarus.

While we were investigating the schemes, we gained and checked contacts of some drivers involved in smuggling. One of them told us that they could earn even $100.000 for one fake transit. At some point they even didn’t have to get fake stamps at the custom as the factory was dealing with it itself.

Journalists of the Kazakh online edition “Vlast” (“Power”) sent a request to Kazakh custom regarding belarusian cigarette smuggling. Local officials didn’t exclude the fact that custom officers might have made mistakes or fictive decisions. 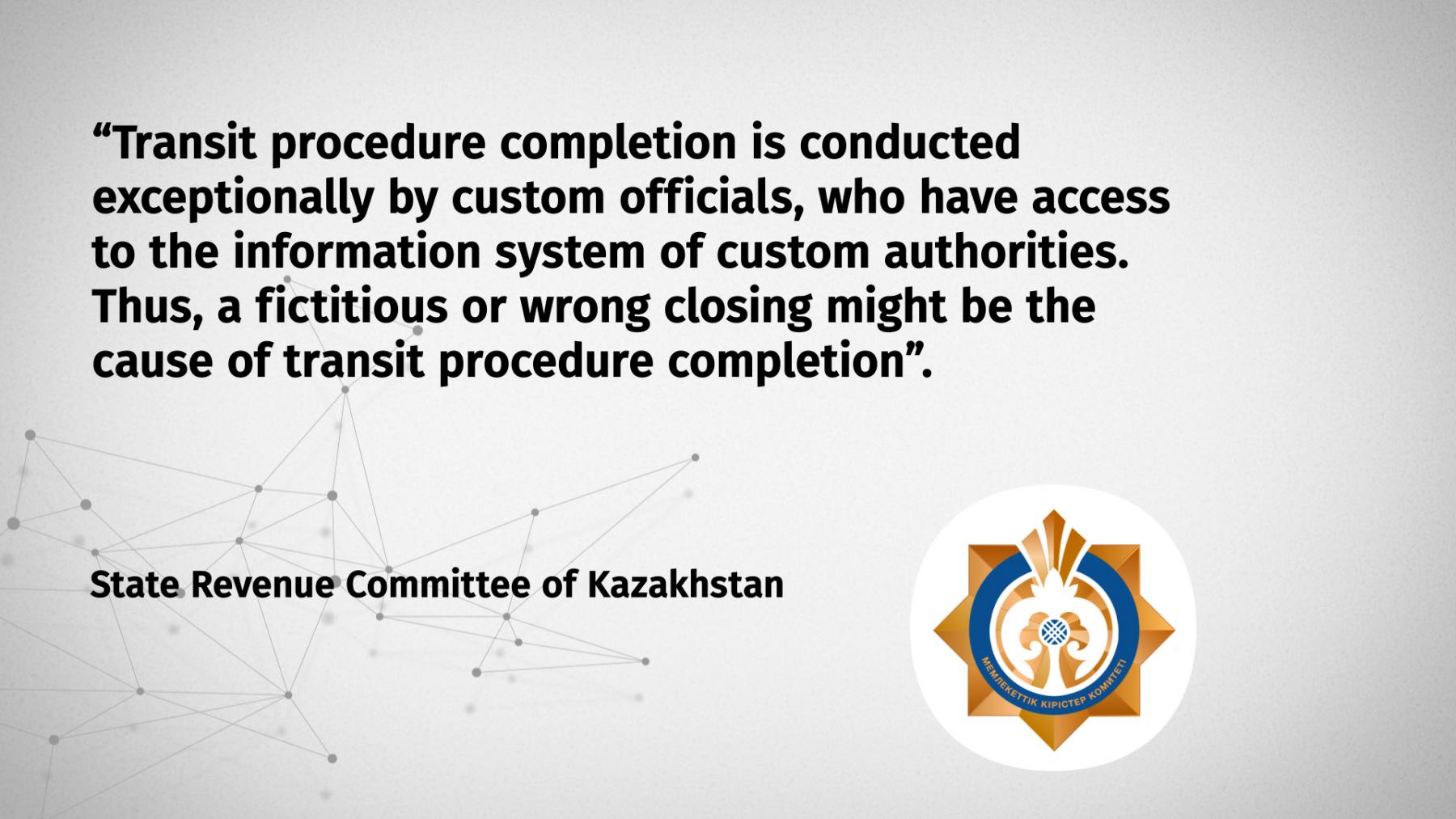 A logistics expert noticed that the notes didn’t have stamps of international crossings, which trucks should have gone through. There, at least, should have been stamps from Uzbek, Turkmen and Iran border crossings. 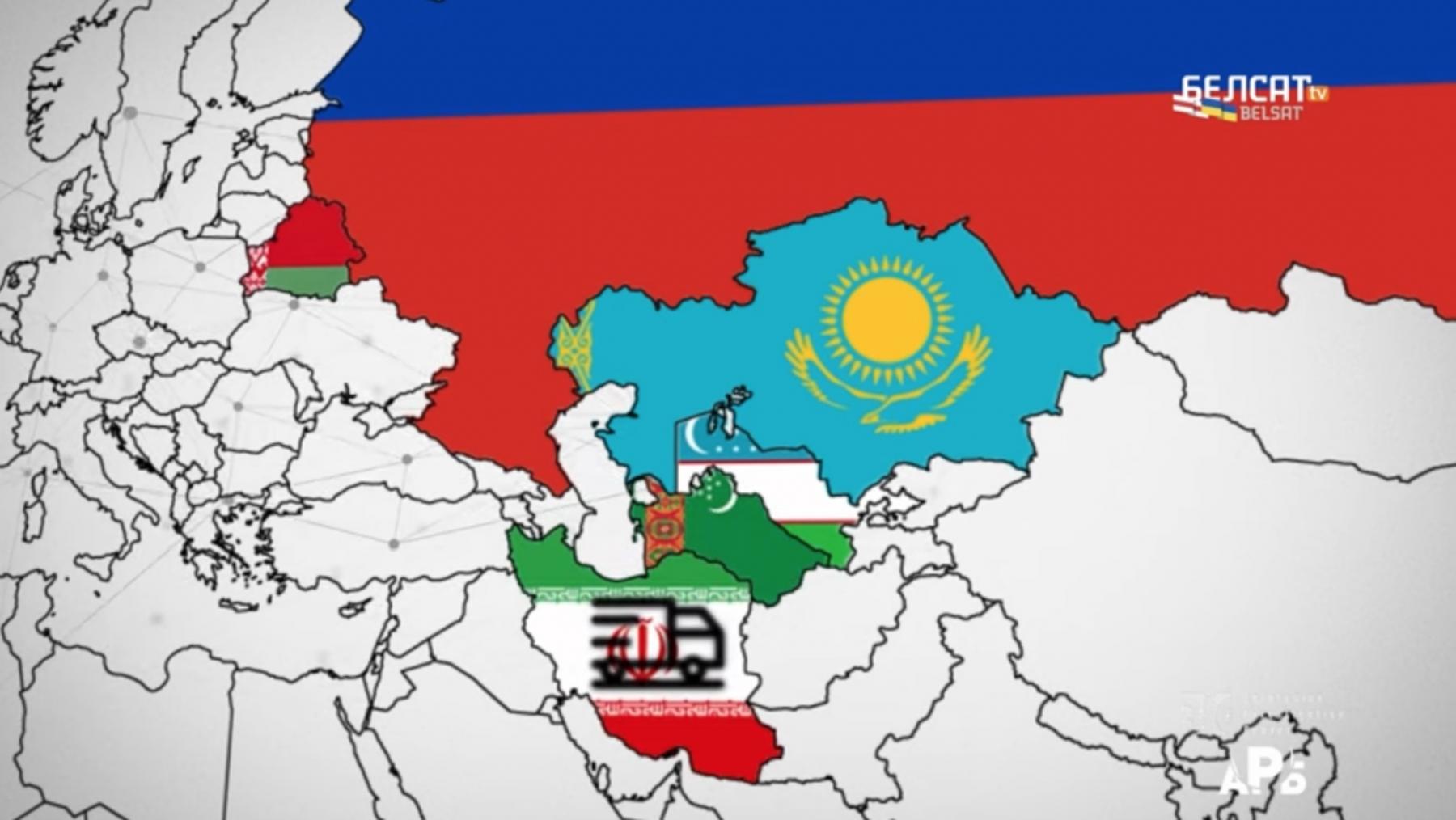 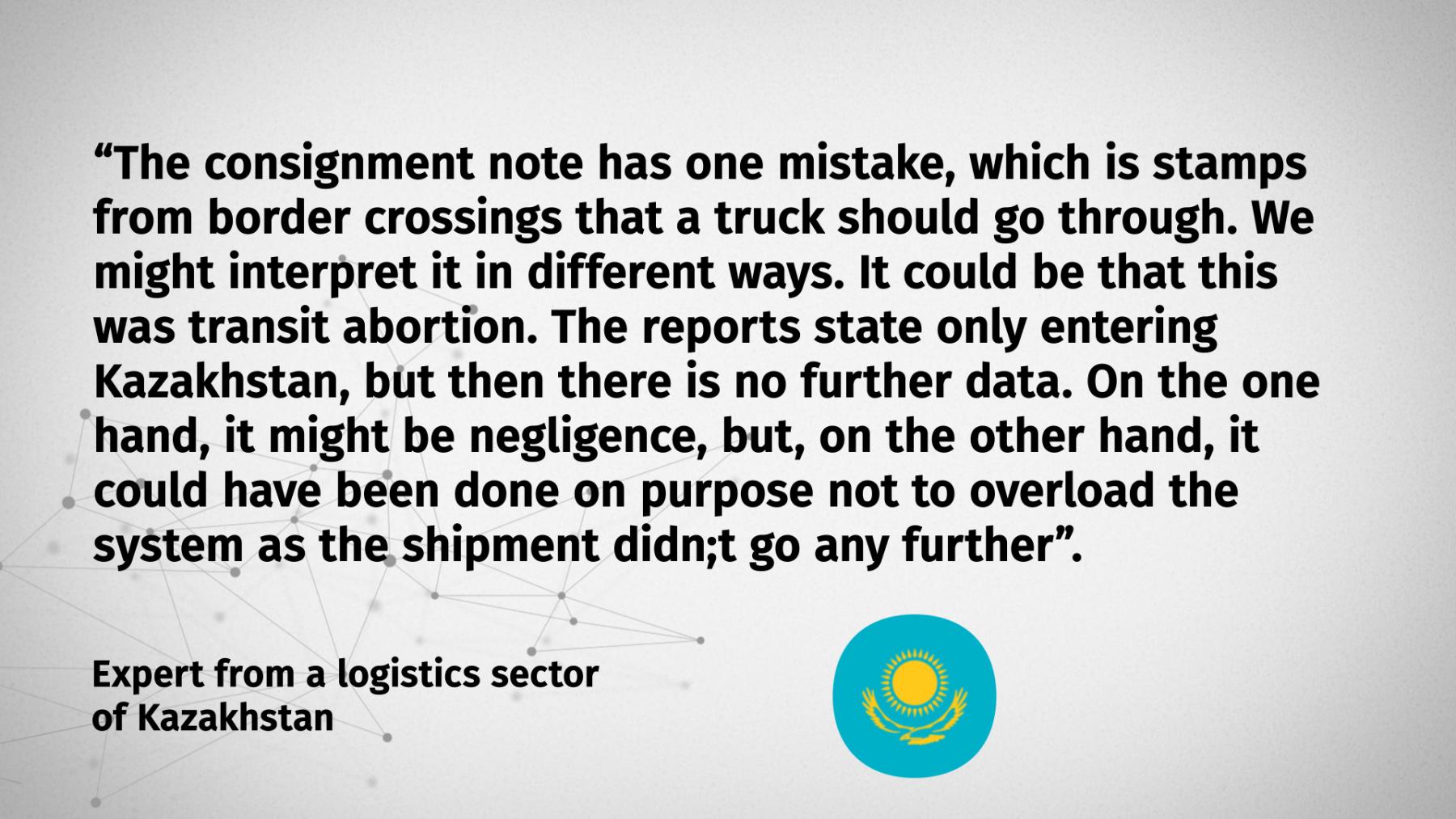 The number eloquently speaks about what is actually happening with belarusian cigarettes. According to the documents received from insiders, from 18 to 30 of July there were over 3 million packs of “Korona” worth $750.000 shipped to the UAE. 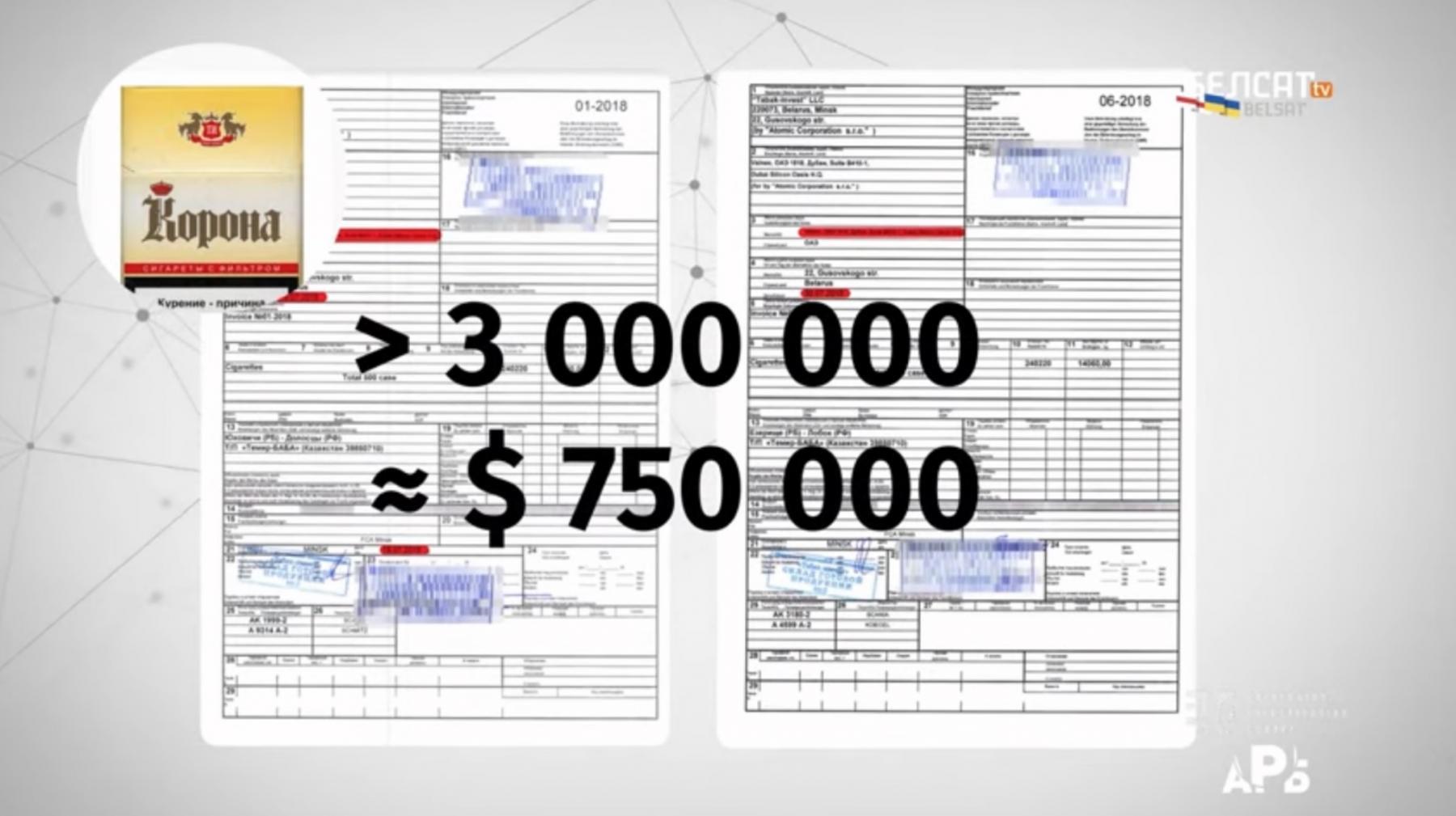 However, the UN reported that the UAE didn’t import cigarettes from Belarus in July 2018, but only in March, June and December.

As for Iran, there are bills and declarations, but no cigarettes got into Iran, as if the load had simply vanished.

Czech company “Atomic Corporation” supplied almost 4 mln packs of “Korona” worth more than $900.000 from middle June to early August 2018. Who is behind the company? Its owner is a belarusian Aleh Maksimenka. Thanks to “CyberPartisans” we know that Maksimenka is 54 years old and  registered in Mogilev. In the early 2000s he worked in “Mogilevenergo”. Later he worked for a private construction company with czech capital. He also had a small share in “RaiStroiDom” company.

This company failed a house construction in Mogilev. As a result, the house was finished by a local state enterprise.

Maksimeka’s partner in the controversial construction that turned out into jilted buyers-investors was Kanstantin Kastenka. Someone with the same name signed proxies on behalf of “Atomic Corporation” for cigarette transportation. 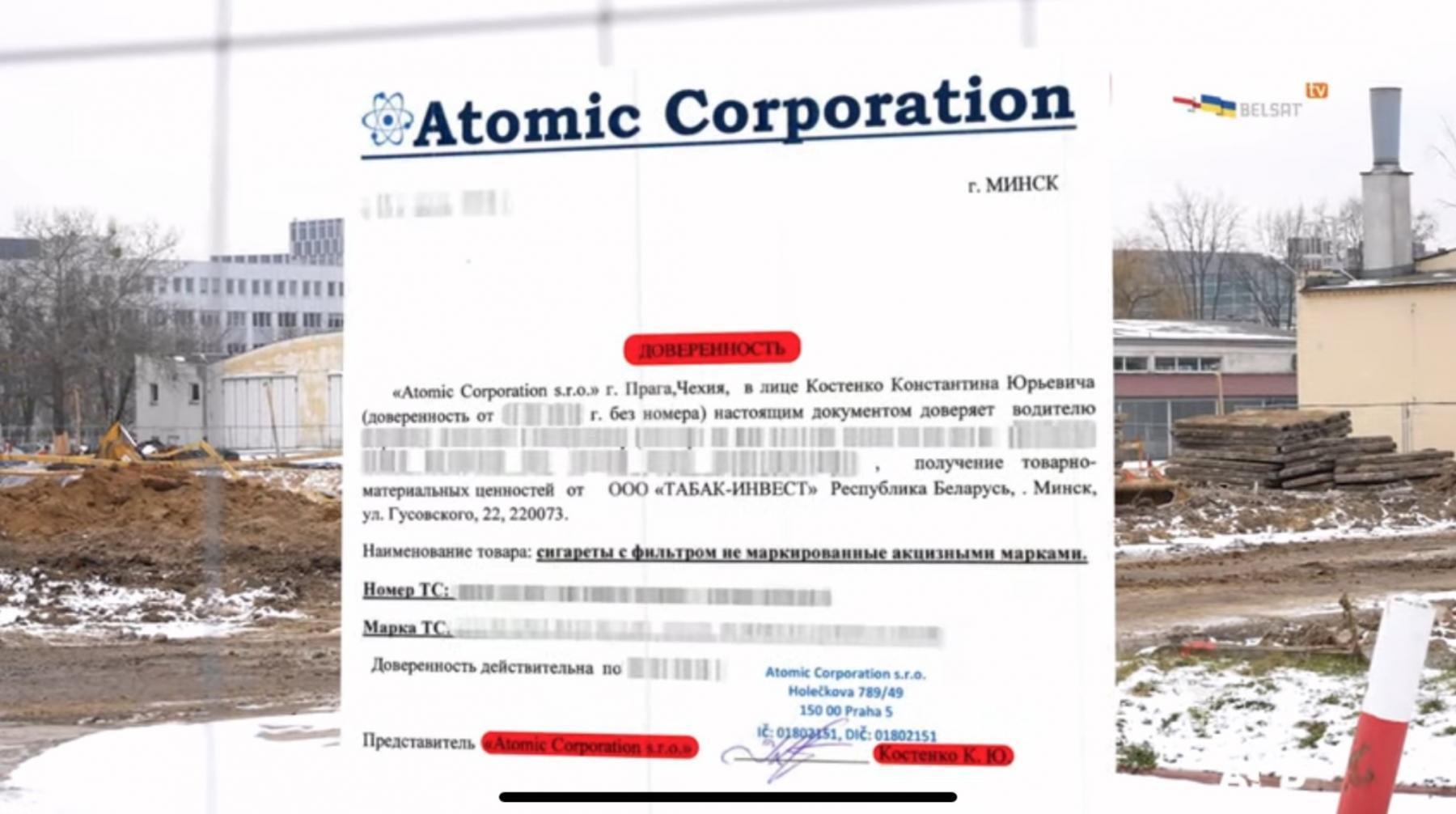 His involvement in the scheme was revealed by some of our sources-insiders. Another Maksimenka’s partner was Ihar Chernyi, general director and shareholder of a companies group “Izobud”, who is also mentioned in the Panama Archive. 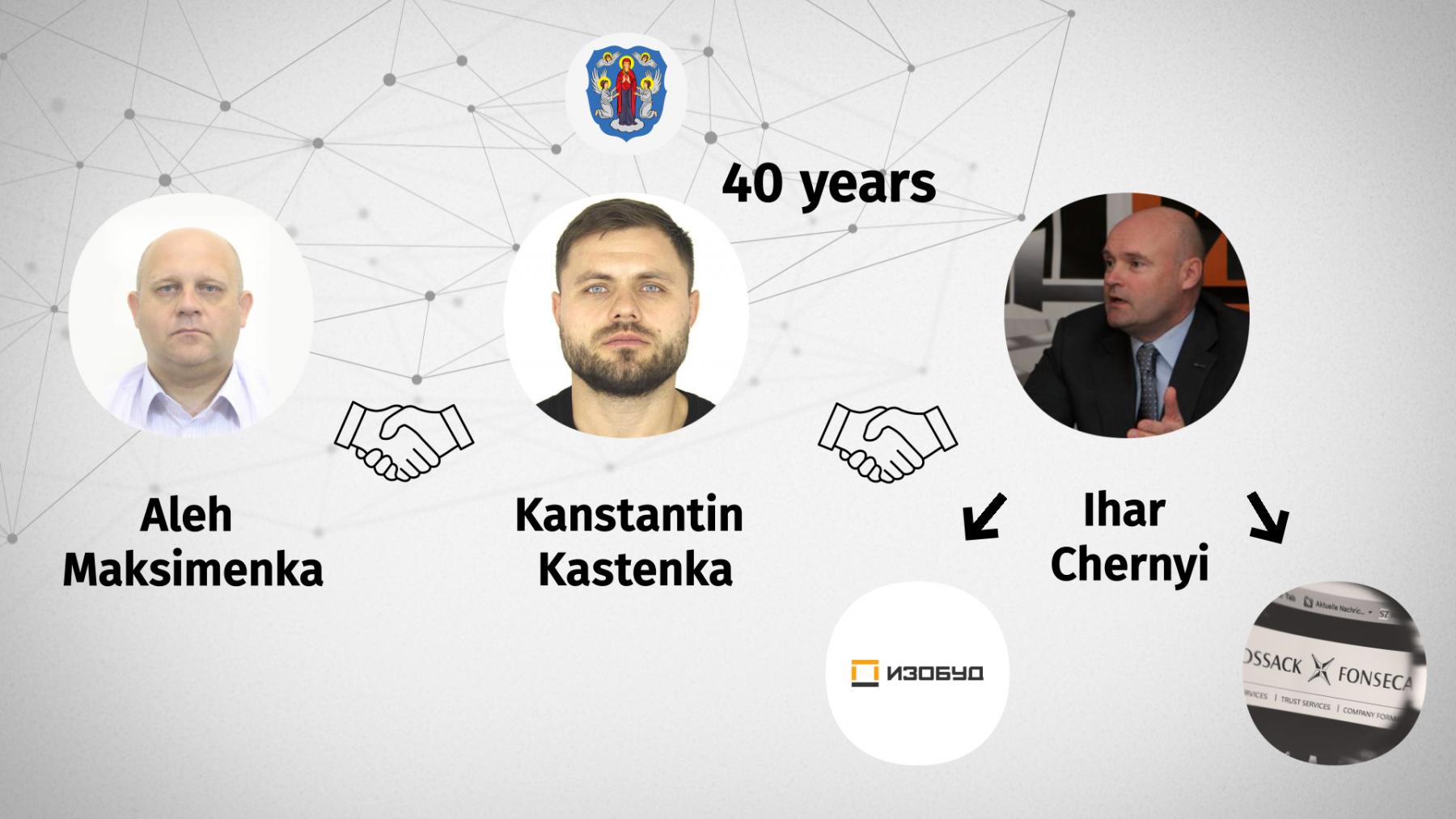 Kanstantin Kastenka refused to comment once he heard the investigators’ first question. 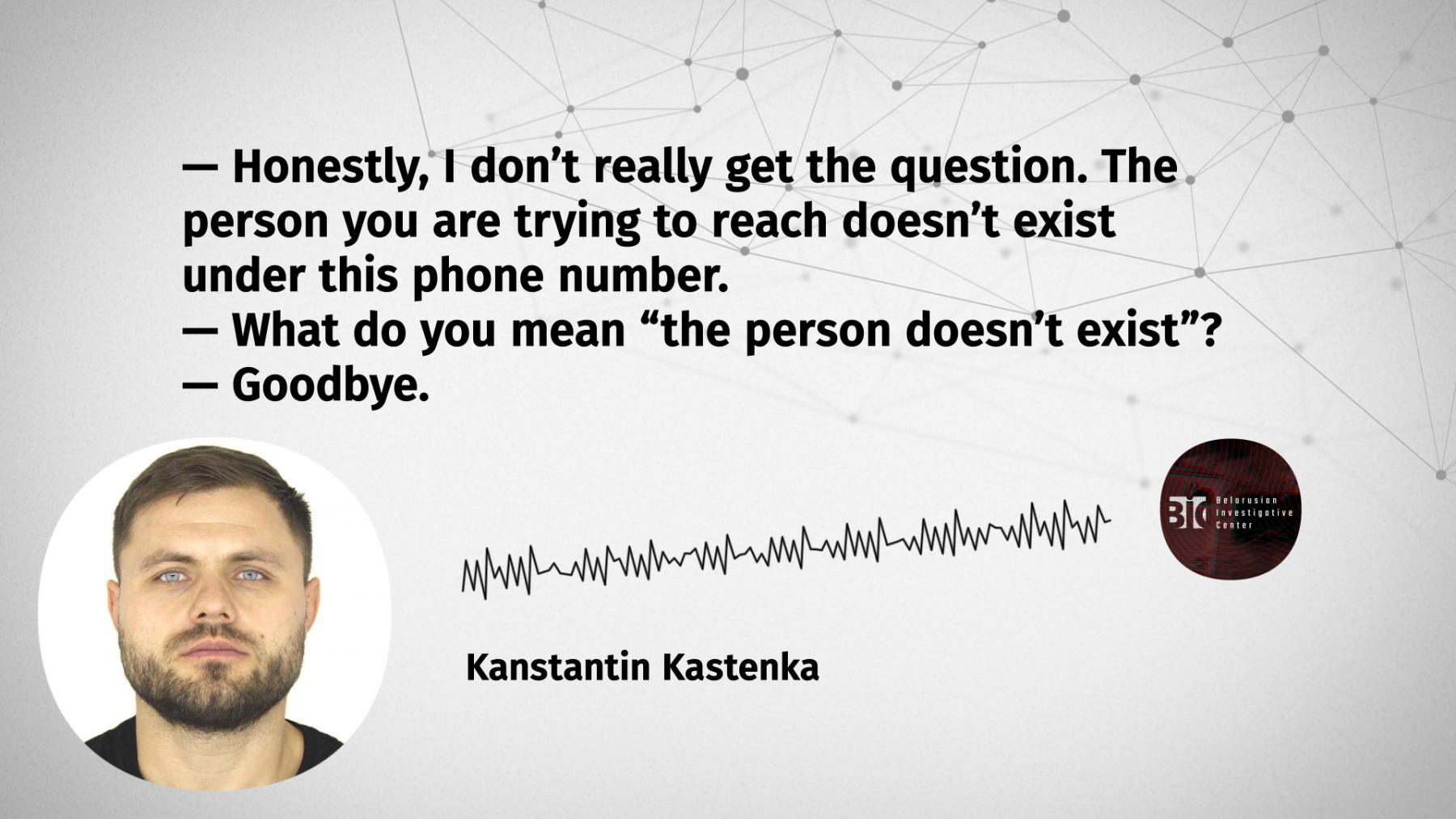 Now let’s have a look at those, without whom the illegal cigarette supplies to Russia would be impossible. In the early 1990s the company “Prima” founded by Pavel Topuzidis produced cigarettes and match under popular soviet brands. Later Topuzidis’s company “Tabak-Invest” (registered in 1997) started producing cigarettes under soviet and also their own brands “Korona” and “Fort”.  Then Topuzidis’s factory signed an agreement with  “Japan Tobacco International” and started to produce cigarettes under brands “Winston”, “Camel”, “Sobranie”, “LD” and “Monte Carlo”. Until now “Tabak-Invest” was the only tobacco factory in Belarus.

In 2006 “Tabak-Invest” started opening shopping centres “Korona” in regions, which makes it about 35 commercial stores. In 2011 the company went on the leisure and entertainment market, thus it built a complex “Robinson Club” by the Minsk Lake. Now “Tabak-Invest” makes top ten taxpayers of Minsk. In 2020 the company’s revenue increased more over than a quarter and upped to $660.000 mln., whereas its net profit doubled and reached $80 mln.

Nowadays Topuzidis participates in public and political life of Belarus. He is the Head of  an electoral commission in Minsk, Deputy Chairman of the Trade and Development Board under the Belarus Government and honorary consul of Greece in Belarus. However, in his interview for “Nasha Niva” he denied the fact that his business thrived thanks to the government actions or, the other way round, government silence. 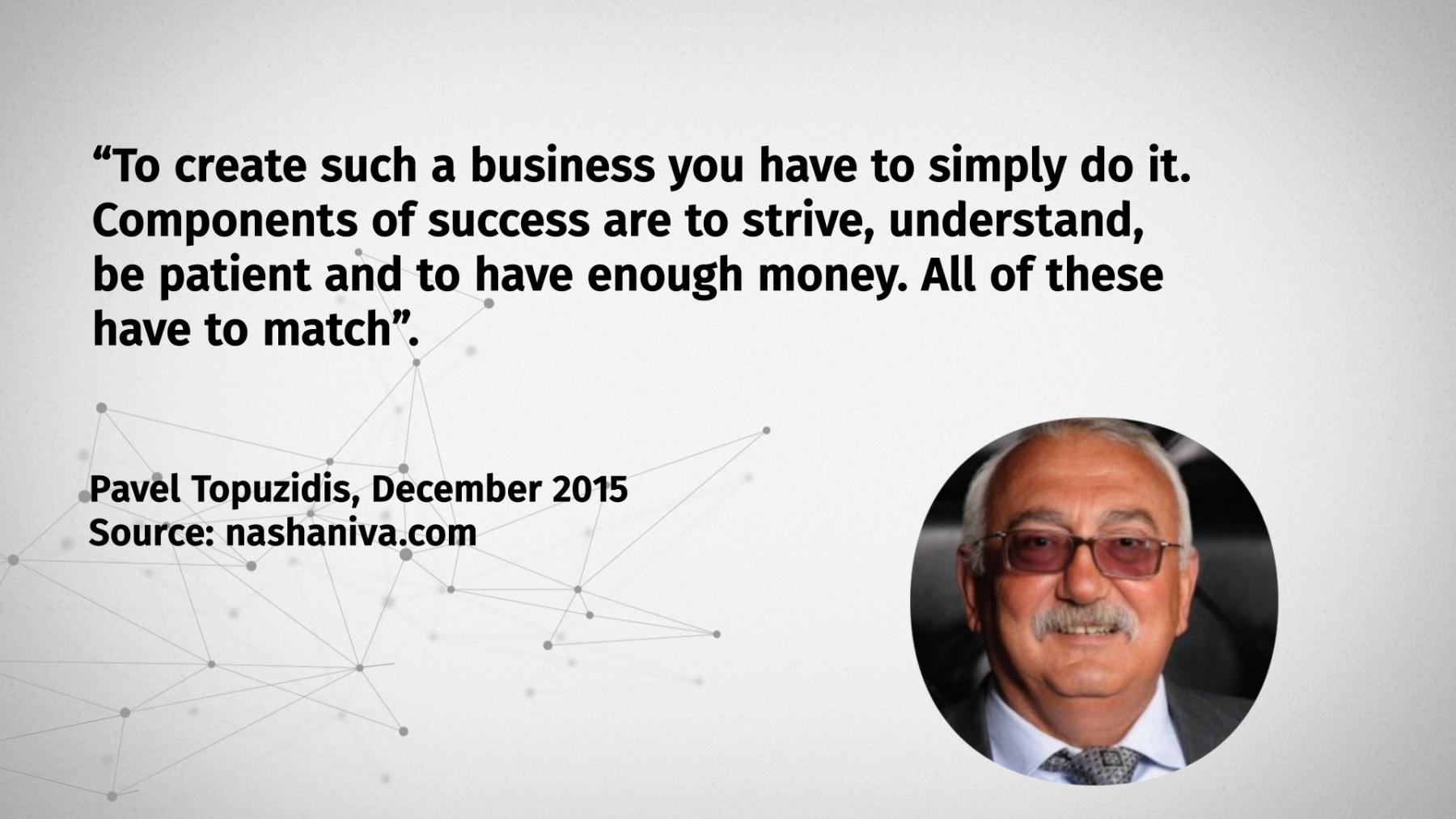 While Topuzidis’s business empire was growing, according to the leaks from “CyberPartisans”, he himself was on vacation in Greece together with Lukashenka’s middle son and his family.

Anyway, Pavel Topuzidis denies his involvement in cigarette smuggling and also refused to talk over the phone.